by Khadija Saifi
in Concepts, News
3 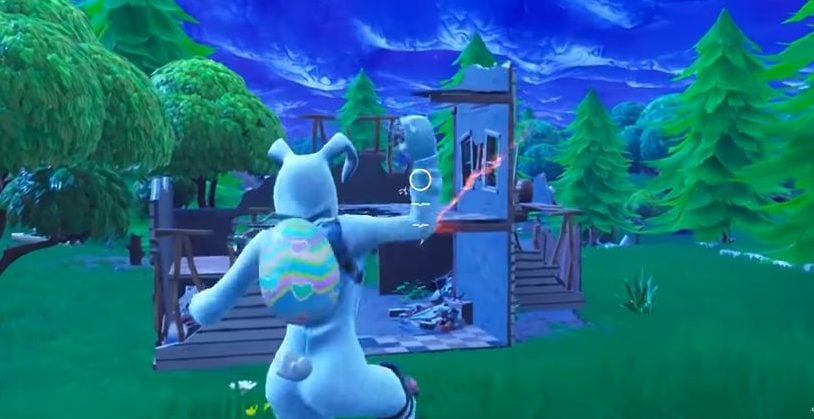 Epic add new items to Fortnite Battle Royale in each weekly update and fans have thought of an interesting new grenade that would work well in the game.

With every weekly update, Epic add a new item to the game to keep it interesting. In order to make room for these new items, Epic have created the Vault to make it easier to rotate new items in. Even though items are placed in the Vault, it does not mean they will not make a return to the game in the future as there are some items that have simply been placed in the Vault as Epic will be introducing a similar item. The Dual Pistols is a prime example for an item that has been brought back into the game as they were first introduced in v4.5 and were later placed in the Vault in v6.21, but were still available in the Playground Mode. They have now been brought back to the game in the v7.10 Content Update #3.

At the start of Season 7, a new vehicle was introduced to Fortnite Battle Royale, the X4-Stormwing Plane. There have been some adjustments made to this vehicle in v7.10, however more adjustments have been made in the v7.10 Content Update #3 as the vehicle was quite overpowered. With this vehicle being added, there are now quite a few modes of transport in the game and the X4-Stormwing Plane and the Quadcrasher can deal significant damage to players structures. Having an item that will be able to disable the vehicle will help players on foot to counter the effects of the vehicle.

The Mounted Turret, first introduced in v6.30, is another item that players find difficult to fight against, but having an EMP Grenade will help to destroy the item or the grenades could be used to disable the item for a short amount of time.

Even though AmatureLabs has only mentioned that the grenade will affect vehicles and Mounted Turrets, it should also affect other electric items, such as the Boom Box. The Boom Box was added in v7.10 Content Update #2 and it can deal significant damage to structures when deployed. You can destroy the item by shooting at it, but it takes quite a while (and a lot of ammo) to destroy the Boom Box. Some changes have been made to the Boom Box in the v7.10 Content Update #3 where the drop rate, health and duration have been decreased so it is easier to destroy. Having the EMP Grenade will help to destroy any electronics, including the Boombox, with ease and having various uses for the grenade will justify players picking them up.

It can be argued that it would be difficult to find a way to use this item against vehicles, but some players have thought of different ways in which the grenade could work for moving objects. Reddit user uselesthrowaway has suggested that you will nee to trace the object for 3 seconds to stick the grenade on to it, which means that it will be easier to stick onto a plane, but harder to trace Quadcrashers.

Make it like when you open chests. You channel for 3 seconds and your tracers need to be on the object for the full 3 seconds. This would make it fairly easy to track a plane for 3 seconds, but it would be harder to track the quadcrasher. It’s a lot smaller and has less predictable movements.

A few players have suggested that there could be a proximity detonation on the grenades and the grenade will detonate once vehicles are within the radius of the grenade.
Due to the vehicles and the items currently in the game, it seems like a good idea to have an item which will be able to counteract the effects of these and an EMP Grenade seems to be a good item to introduce.
What do you think of this concept? Would you sacrifice a slot in your inventory for the EMP Grenades?