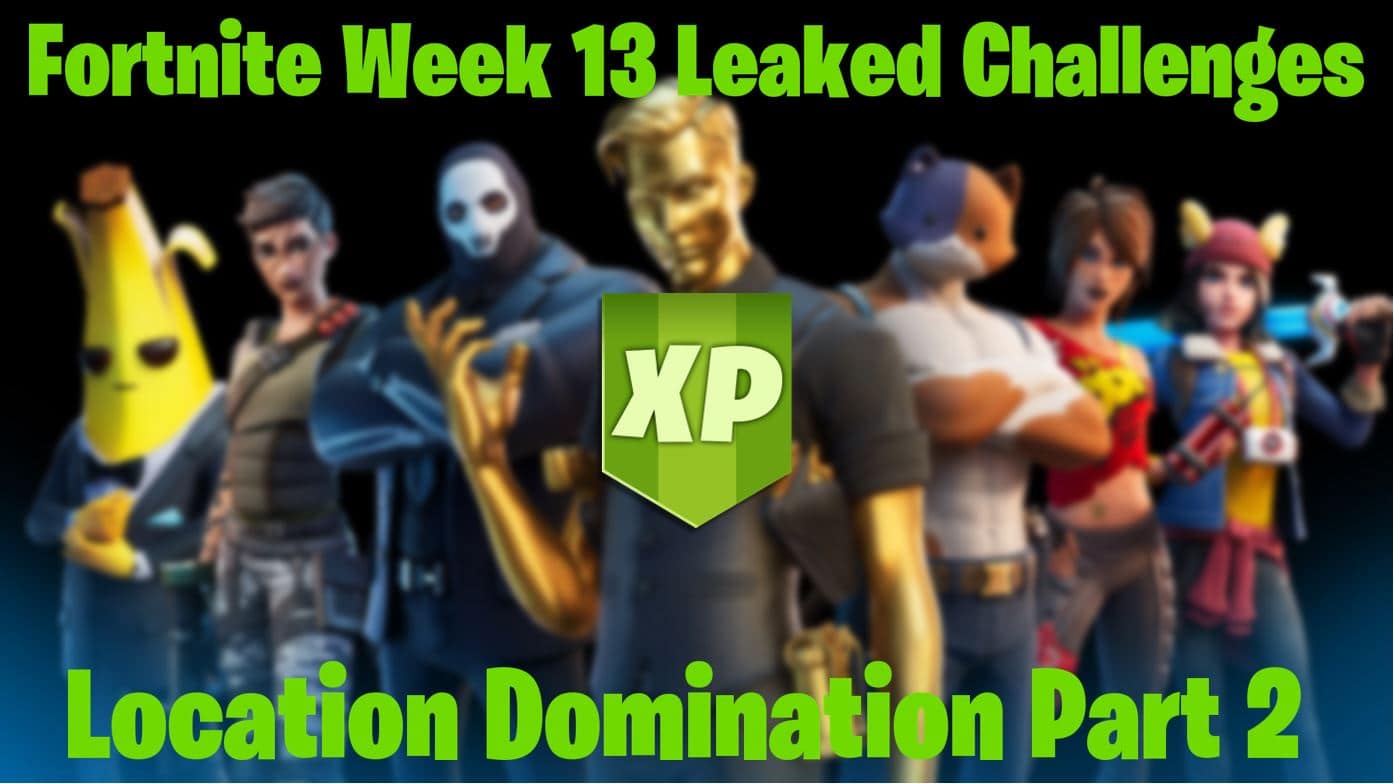 Here are the second part of the Location Domination Fortnite Challenges for Week 13 and the XP reward you will be receiving for each completed stage.

Epic Games had introduced the Location Domination Challenges in Week 11 as Chapter 2: Season 2 of Fortnite has been extended. There were a total of ten challenges that were released, however these challenges were different from the weekly challenges as there were three stages for each.

There has been a week of no challenges, but this is likely due to the fact that there are three stages to the challenges released for Week 11, which will be keeping players busy for longer.

UPDATE: These challenges are now live!

There is a second part for the Location Domination Challenges that will be releasing on Thursday 14th May at the normal time challenges release (3pm BST / 10am ET). Dataminers have already revealed what these challenges will be, which can be seen below:

Remember, there are three stages for each of the challenges and the three numbers indicate the amount you are required to reach in order to complete a stage. We will be releasing guides to help you on some challenges, but the majority of these are self explanatory, but may be tedious to complete at later stages.

There is plenty of XP to collect by completing all the stages of these challenges, which will help you to achieve the gold variants of the Battle Pass Skins released this season.

Will you be completing these challenges when they are released tomorrow to get the gold variants for the Skins, or have you already got them? Let us know in the comments section below.