Fortnite Player Rides a Stink Bomb to a Victory Royale

by Troy Tuttle
in Game Info
0 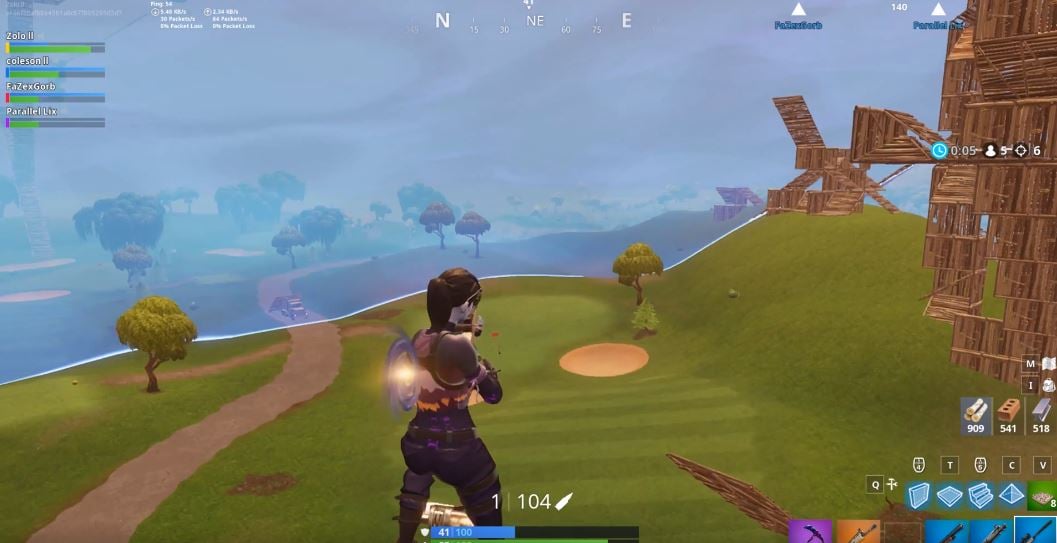 Stink Bombs were added into Fortnite Battle Royale on the 19th of June  in the V4.4 Content Update. The Stink Bomb creates a “stinky” cloud that deals 5 damage to any player in the cloud every half-second and lasts for 9 seconds. The rarity of the item is Epic and can be found from floor loot, chests, and vending machines. Since their introduction to the Battle Royale, they haven’t undergone many changes unlike other items in Fortnite. The main change the Stink Bomb has received was on September 6th when the maximum stack size was increased from 5 to 6.

Players usually use the Stink Bombs to gas their opponents out as the gas permeats through walls and the players will take some quick damage if they don’t move out of the cloud. However, it appears as though the Stink Bomb now has a new use, a portable vehicle. Reddit user Zolo posted a clip of him riding a Stink bomb to victory. The player was in a squad match with only one player remaining and they decided they wanted to have some fun. After creating a wooden floor a few meters from the ground, a teammate throws a Stink Bomb whilst Zolo jumps, but the first attempt fails. After trying again, Zolo somehow manages to ride the Stink Bomb, riding forward and manages to pull off a sniper shot to kill the remaining player.

Quiz: Take the quiz to see how much you know about Fortnite Cosmetics

Stink bomb ride! WtF and a snipe! from r/FortNiteBR

Until now, the majority of the Fortnite player base only knew about riding rockets shot by rockets launchers and previously the Guided Missile, however this is probably the first time a player has managed to ride a throwable item.

Although there have been videos on riding Stink Bombs before, this video going viral on Reddit has made players aware this is actually possible.

This definitely opens up new possibilities and there’s no doubt players will be testing whether this can work with other throwable items such as grenade, clinger or a Boogie Bomb.

Although a rocket ride is much more useful due to how far you can travel and throwable items only can only be thrown so far, it’s another option if you or a teammate doesn’t have a rocket launcher in their inventory. It might take some practise to actually manage to ride a Stink Bomb, but the clip you hit will be worth it.