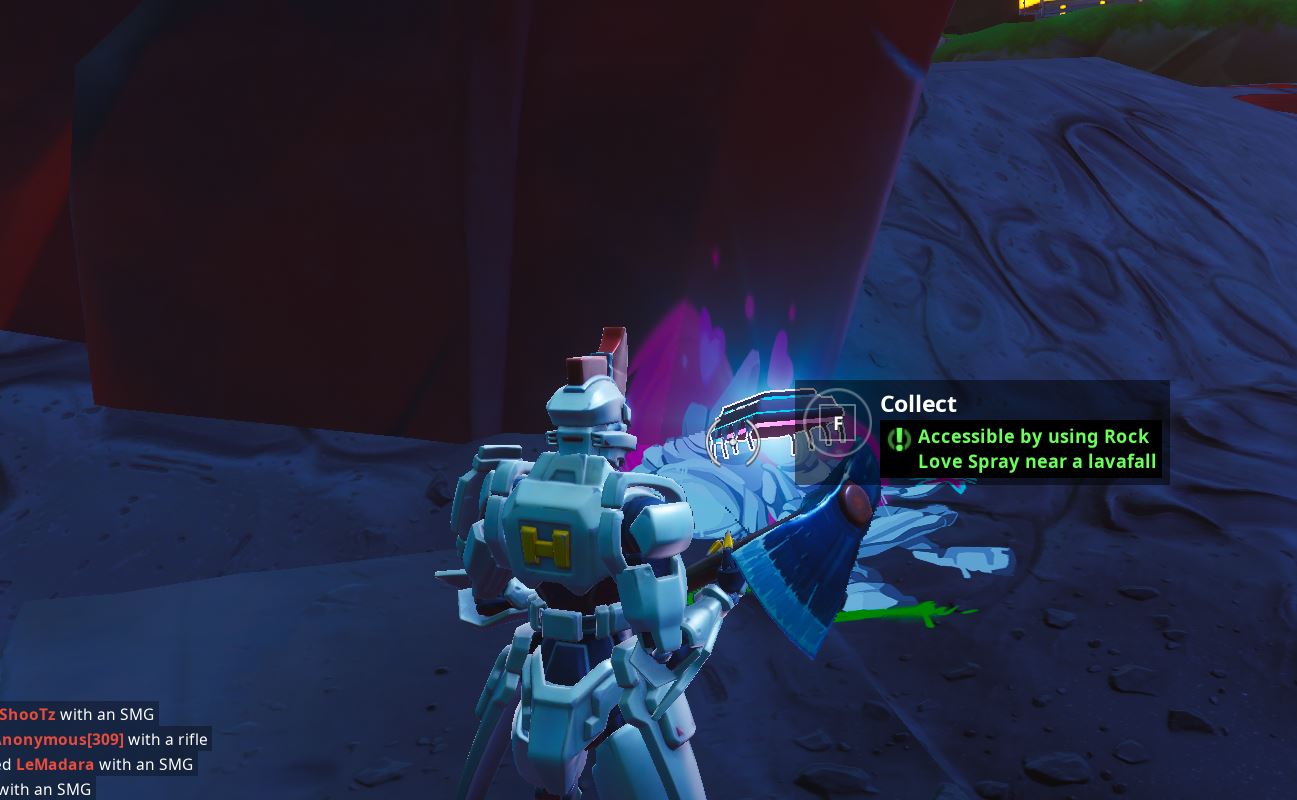 A new Fortnite Season 9 Fortbyte challenge has unlocked, Fortbyte 92 – Accessible by using a Rock Love Spray near a lavafall.

Scroll to the bottom of the article to view a YouTube guide on collecting Fortbyte 92.

Here’s the map location of Fortbyte 92:

Here’s what you’re looking for in game when trying to collect Fortbyte 92 – Accessible by using Rock Love Spray near a lavafall.

Here’s a video to help you collect Fortbyte 92: