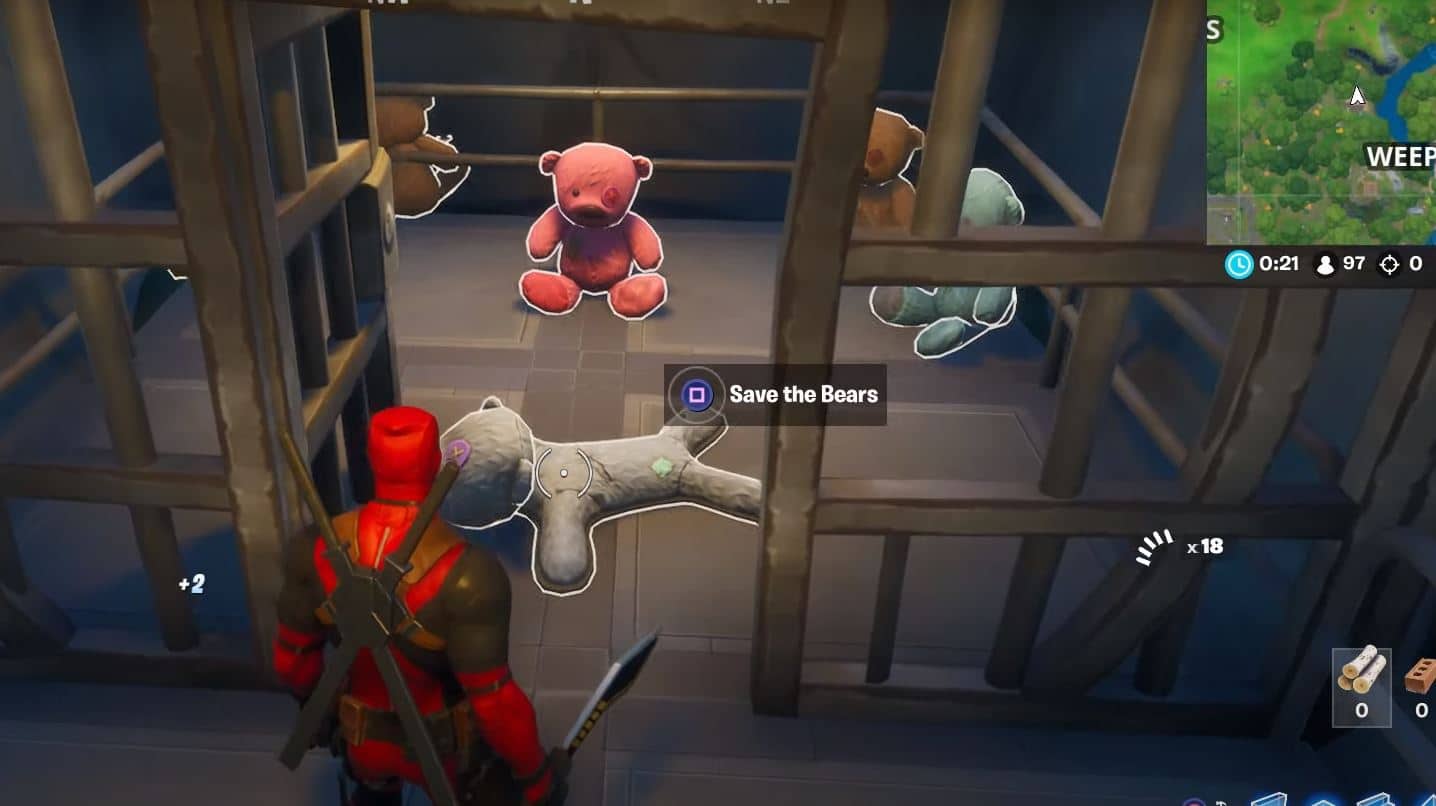 Fortnite Save The Bears Secret Mission

Here is the second part of the secret Gnomes and Bears secret mission that you can complete in Fortnite for some additional XP.

There were a few changes that were made with the challenges in Fortnite Battle Royale this season, with one of the changes being the amount of XP you would earn for completing a challenge. Completing challenges is an easy way to earn XP to help you level up in the Battle Pass to unlock the exclusive rewards, so players weren’t happy to know that the XP was reduced to 42,000 per challenge completed.

Fortnite Save the Bears Secret Mission/Quest

There is another secret mission you can complete in-game, which is to Save the Bears. It appears as though the Gnomes have captured the Bears and imprisoned them and this secret mission requires you to free them.

If you go to same bunker in Weeping Woods that you went to in the first part of the secret mission to get the Ted Offensive Plans, you will find the bears are now locked in the prison. Here is the exact location of the bunker:

When you enter, you will see that the gnomes have taken over and destroyed it and the bears that were once formulating the plan are now behind bars. In order to complete the challenge, you must open the door to the cell and save the bears.

Upon completion, you should get a notification on the left side of your screen saying you have completed the Teddies Liberated challenge and will be awarded with 15,000 XP.