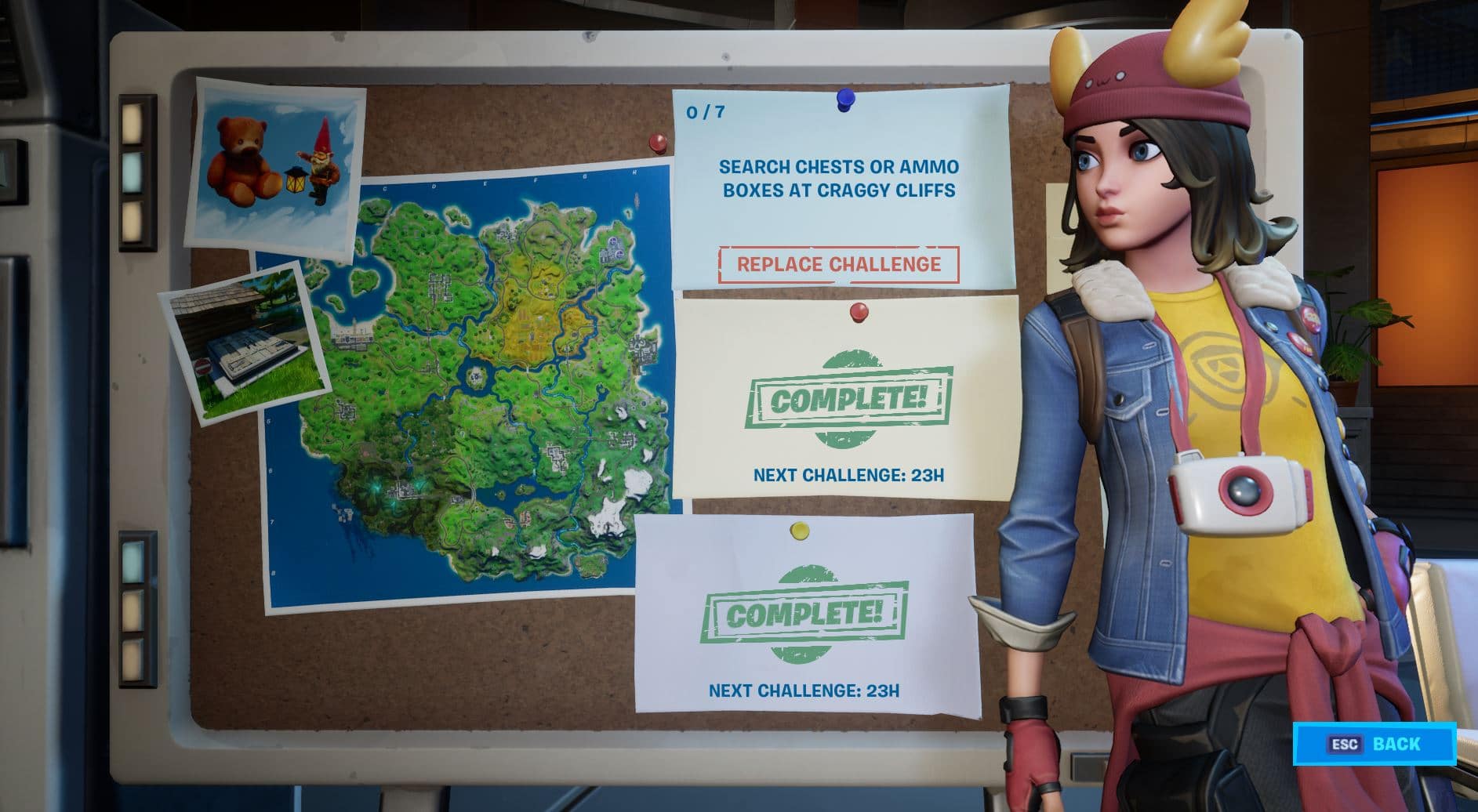 Two new secret challenges/missions that have been added to Fortnite and can be completed now. Here are what you need to complete..

New challenges are available to complete every week in Fortnite on Thursdays, but this season, there is less XP awarded to players to complete challenges compared to Chapter 2: Season 1.

It seems like Epic will be adding additional challenges for players to complete this season, and the first set of challenges we saw introduced were the Awaken Oro Challenges. These challenges would award players with both XP and cosmetics rewards. There were only 4 challenges to complete, but each challenge would give players 100,000 XP each, which helps players to progress in this seasons Battle Pass.

In the v12.30 update that was released on 31st March players, had noticed that the Daily Assignment Board had been updated to show two new picture on the map. There is an image of a gnome with a bear and the second image shows a bunker, as seen below.

This Bunker can actually be found in Weeping Woods outside one of the houses, which we have marked on the map below:

Here is what the Bunker looks like in-game and you can see where it located on the mini-map as well:

Once you have broken through, walk straight to the end, turn left to the elevator and then turn left to see the bears. As soon as you get close to the bears, you will see on the left side of the screen that you have found the Ted Offensive Plans.

Once you have done this, you will have unlocked the challenge, where you will need to find honey pots, which is called the “For the Bears” quest. We have created a guide on how and where to find these honey pots, which you can see by clicking here.

There is also another secret challenge that you can complete, which is called “For the Gnomes”. We have made a guide on how to complete this challenge, which you can see by clicking here.