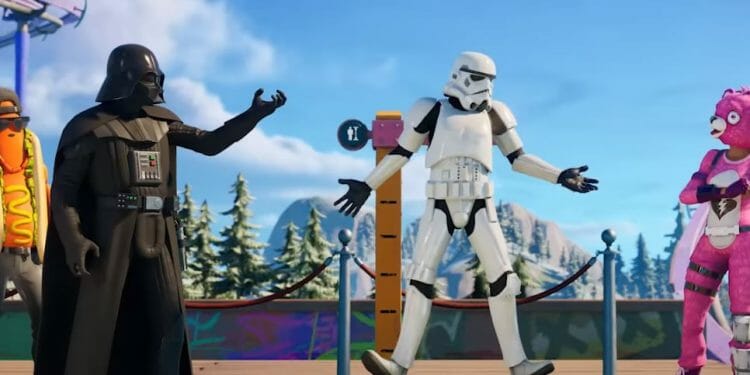 We had the final update of Fortnite chapter 3 season 2 a few weeks ago. In that update, the event files were added. The event, called Collision, took place a few hours ago and ended the second season of the chapter.

Once the event ended, players were greeted by the “to be continued” loading screen that we’ve seen Epic Games deploy on numerous occasions in the past after a live event.

Shortly after the event ended, Epic posted a link to a site, the Fortnite lookbook. The site reveals three of the chapter 3 season 3 Battle Pass skins. We also know what the Darth Vader skin will look like as well as some of the other skins in the Battle Pass including Indiana Jones.

Players have been waiting on a tweet from the official Fortnite Status account to confirm when the new season update, 21.00, will release. Unfortunately, they haven’t announced when the new Fortnite update will go live.

The Fortnite Status Twitter account hasn’t tweeted announcing that the servers will go down, but we expected them to at 3 or 4 AM ET.. Although there’s been no announcement, the servers are now down

When a new season launches, we usually don’t know much information regarding what it’ll have to offer. However, leakers have already managed to obtain information on chapter 3 season 3.

According to popular data miner, Hypex, Ballers will be making a return. We’re not sure if they’ll be added at the start of the season or in one of the major or content updates.

There will be a Darth Vader NPC that will be located on the map near a crashed spaceship. Rideable Raptors and wild Boars could be a feature, but that hasn’t been confirmed by more trustworthy leakers just yet.

We also know that the starter pack for the new season is Rogue Alias and will feature the Min-Joon skin. Apart from that, we’ll need to wait until the official patch notes are released at which point we’ll update this with everything new the season has to offer.

When are the Fortnite servers coming back up?