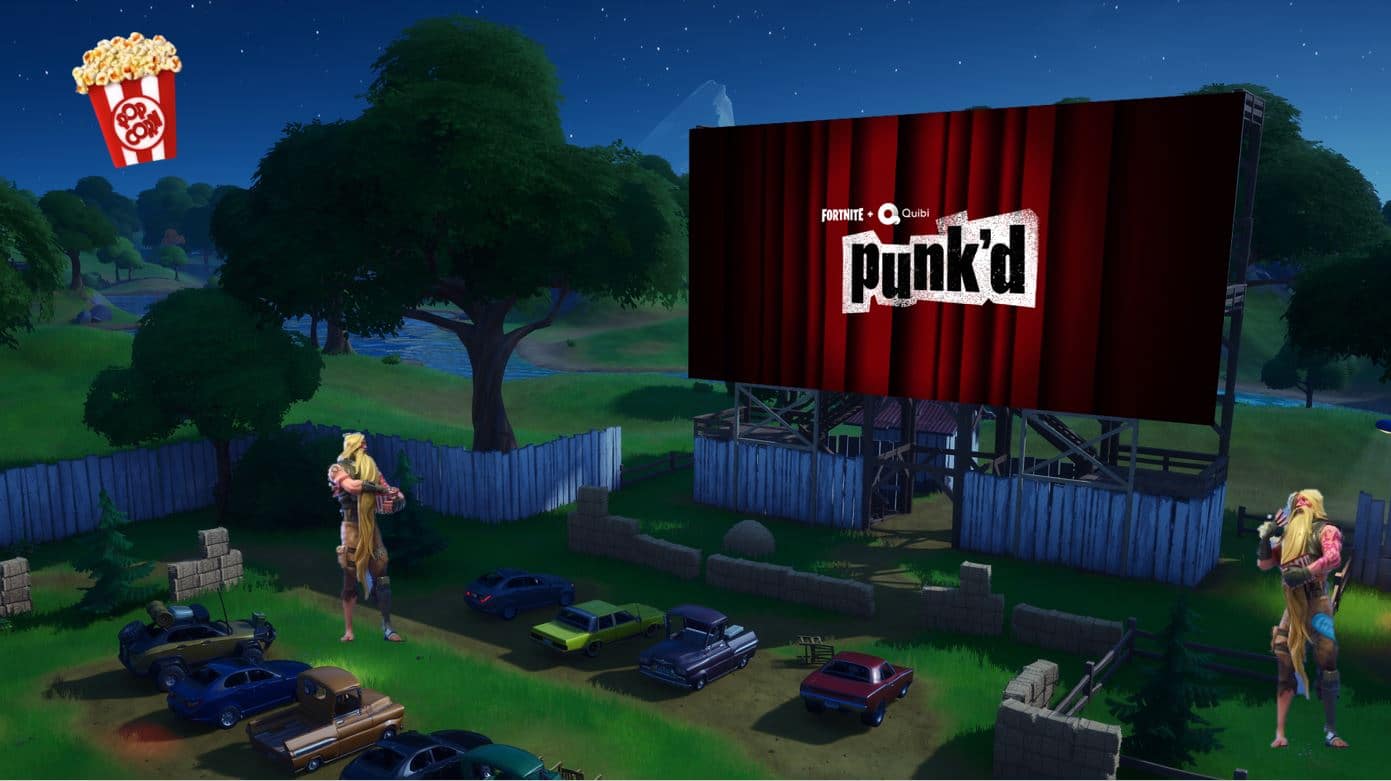 A new collaboration with Fortnite and Quibi is about to go live in-game soon. Here is what we know so far.

UPDATE: This mode is now live in-game. Scroll to the end of this article for more.

There are many collaborations that have taken place in Fortnite with different companies in the past, with a few of these events occurring at Risky Reels. Risky Reels used to be a named location on the old map before it was removed in later updates. It was then added back to the new map for Chapter 2 as a Landmark and can be found east of Frenzy Farm and north of The Agency.

Epic Games had partnered with Disney to promote Ralph Breaks the Internet with a small clip of Ralph walking through Fortnite, which was played at Risky Reels. One of the major live in-game events that took place at Risky Reels was for Star Wars: Rise of Skywalker where an exclusive clip was played at the screen in Risky Reels.

Data-miner @spedicey1 had leaked a new LTM that had been added to the Fortnite files in the last update called Now Playing and the description for this mode reads, “Just want to Risky & Chill? Hang out in Now Playing to catch the hourly screenings of Punk’d. Top of the hour, every hour.”

Quibi is an app where you can watch movie-quality shows designed for phones and they had tweeted that they were testing out a few things for the big show that would be happening.

There is no time schedule that data-miners can see as to when this will be launching in-game, but it seems as though an episode of Punk’s will be playing at the Risky Reels screen every hour on the hour.

@spedicey1 has also found the items that you can use in this mode and what features have been enabled/disabled, which can be seen below.

UPDATE: This mode is now live and available in-game. There is an episode that will play every day on the hour, every hour and there will be a new episode playing daily.

When you go into the game, the Battle Bus will go over Risky Reels, where you will see an episode playing on the screen. It looks like you will only be able to actually watch the episode once in the hour as when you enter the match when the episode is finished, it will simply say Victory Royale and you will exit the match.

Even if you do get in at the right time, there are players that will build over the screen so you can’t see anything and the match ends before the episode even finishes! Epic will likely be making some changes to this mode as the episode is currently unwatchable. We will let you know if and when changes are made.