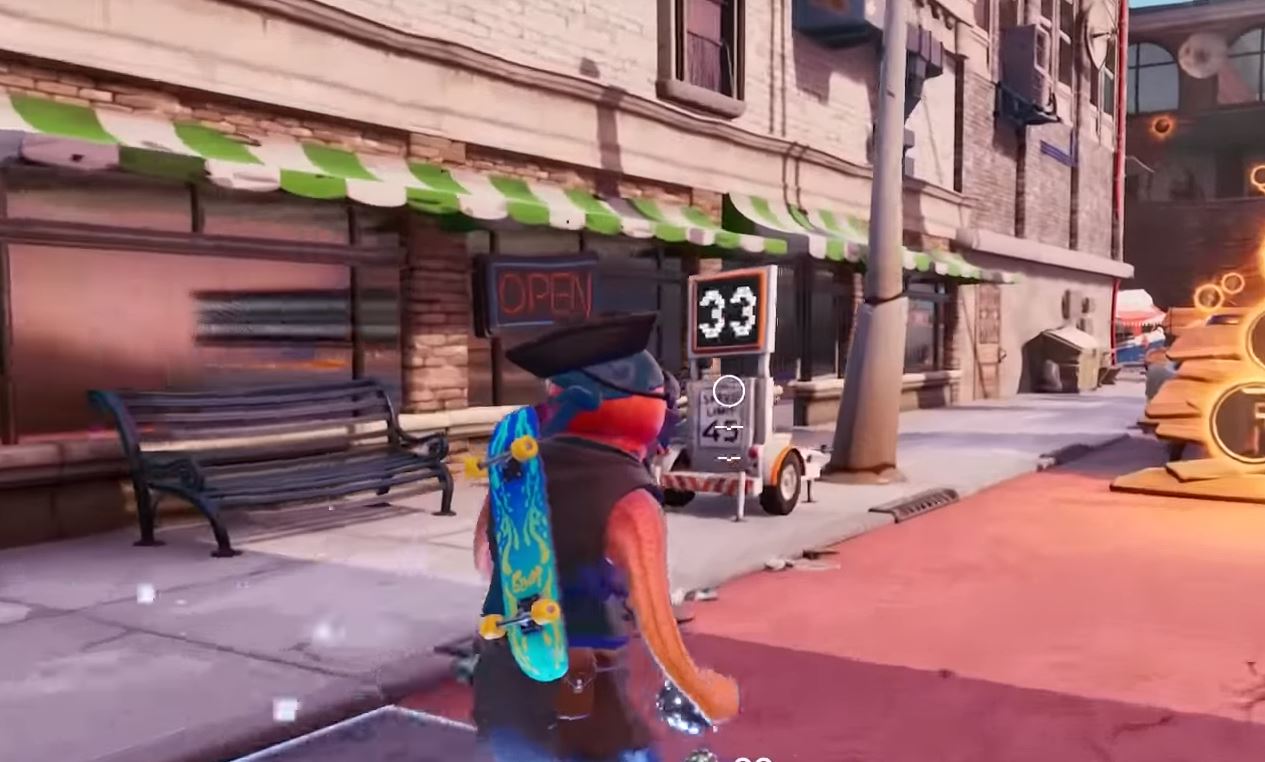 Here’s how to complete the recently unlocked “Go faster than 30 through both speed traps” Fortnite Downtown Drop challenge.

We have another Fortnite Downtown Drop LTM challenge to complete. A couple of hours ago, two new challenges unlocked, one requires to find Jonesy in different locations of the map and we’ve covered that over here.

The other challenge that was recently unlocked is “go faster than 30 through both speed traps”. We’ll cover how to complete this challenge for those of you that aren’t aware of the speed trap locations.

Go faster than 30 through both speed traps

There are two speed traps on the Fortnite Downtown Drop LTM map. The first speed trap can be found near the start of the map. Go down the very first slope, take a right past the basketball court and you’ll find the speed trap on the left hand side. Here’s the location of the first speed trap:

It’s best to not use any ramps and not hit into anything in order to go as fast as possible. When completing the challenge, it’s better not to use Impulse Grenades. It’s also recommended to slow down at the beginning of the match in order to avoid any players boogie bombing or Impulse Grenading you.

When you go faster than 30 through a speed trap, you’ll know by seeing the number and the siren on the police car will go off.

Here’s all of our guides on the Fortnite Downtown LTM challenges so far: