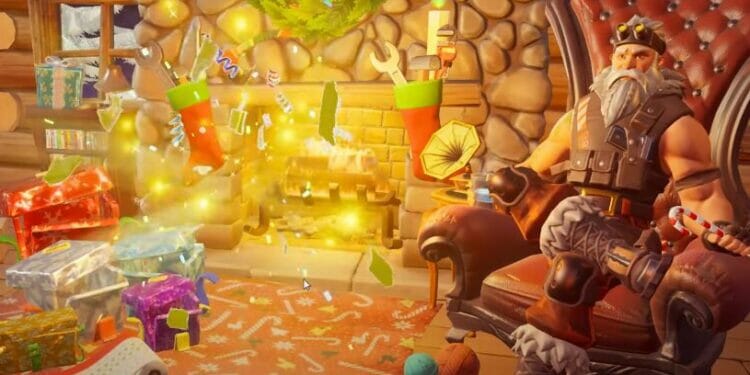 Here’s how to get the Krisabelle skin from the Fortnite Winterfest 2021 Christmas presents.

Although Fortnite chapter 3 released with new features and a brand new map, players have been waiting for the Winterfest Christmas event mainly because of the presents you get in the cozy lodge.

We’re onto day seven and along with the daily free Fortnite Winterfest presents, there’s been a new challenge that has unlocked. Each completed challenge provides players with 18,000 XP and players today can unlock the Snowmando Board Glider once all seven available challenges have been completed.

How to Get Krisabelle Winterfest Fortnite Skin

The Fortnite Winterfest 2021 presents include two skins, Krisabelle and Frozen Peely. We’ll be releasing an article on Frozen Peely later, but players can get the Krisabelle free skin from the Christmas present starting today, 22nd December 2021.

However, not all players will be able to get Krisabelle for free because of the method to unlock it. There are a total of seven presents on the left side of the cabin. Not including the large golden one on the left side, you need to have opened the other six presents.

Once you’ve done that, you can then open the large gold present which has the Krisabelle skin in it. Epic Games did mention this in their blog post when they released the Winterfest event, “Unwrap the Krisabelle Outfit after unwrapping the six Presents obstructing her”.

If you’re still unsure of which presents to open, feel free to check out our guide here and you’ll know what we’re talking about.