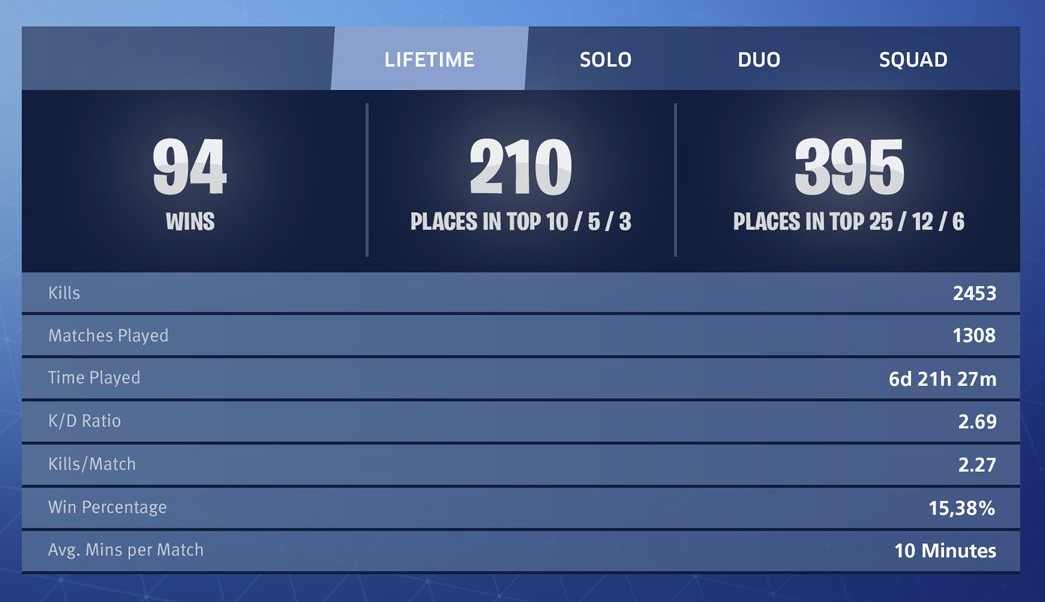 At the moment, the statistics that are shown to players are the kills, matches played and the total time played. It also shows the wins for solo, duo and squad. 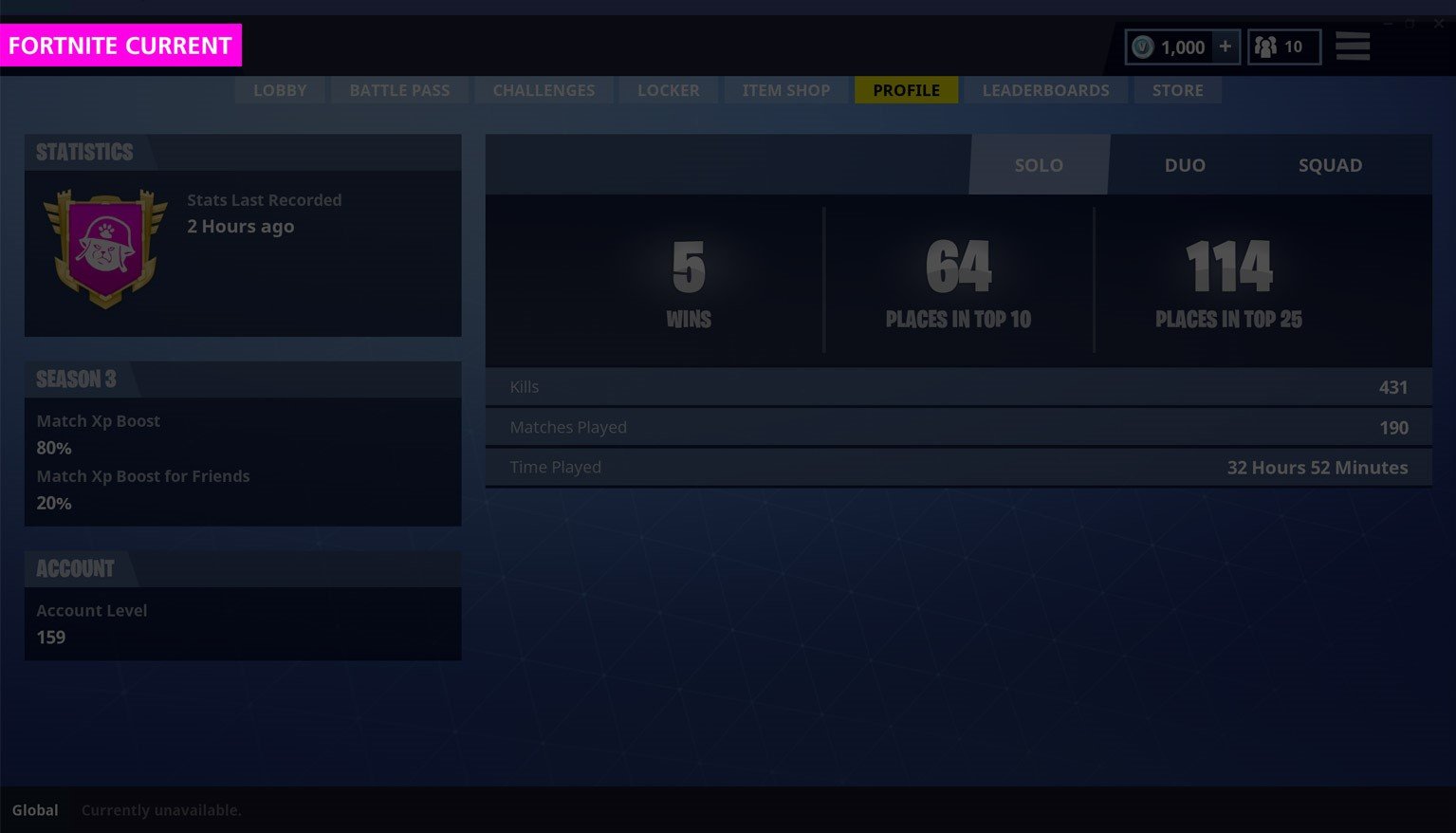 Reddit user bl4nk_cgn has come up with the concept of adding other statistics in the Profile tab, to show players a more detailed report of their stats. He has included Kill/Death and Kill/Match Ratio’s, Win Percentage and the Average Time per Match. 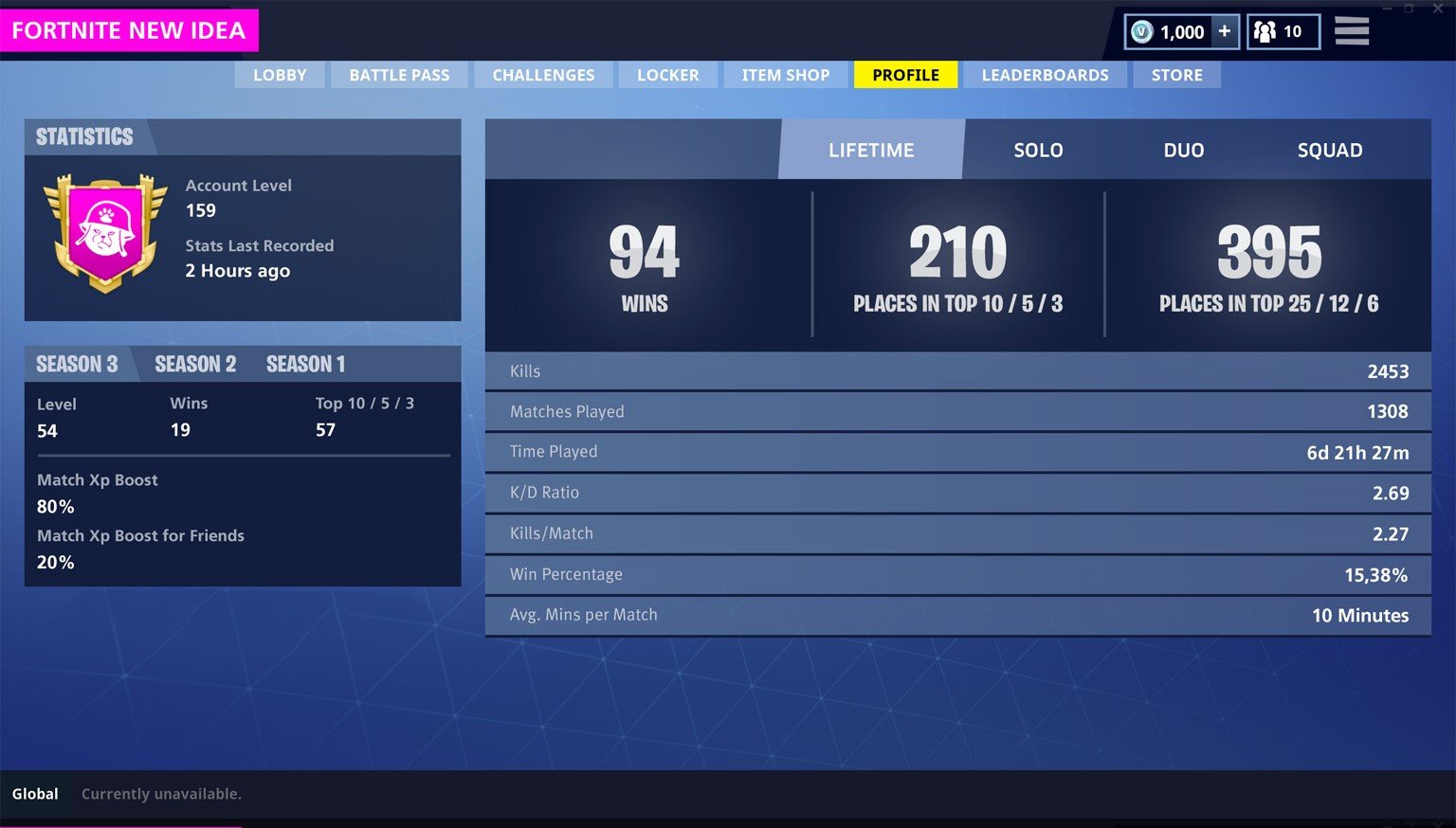 There are many players that want to see these stats to see how well they are doing and to compare with friends.
They have also added Seasons 2 and 1 to show the stats for these seasons as well, if players want to compare with how they did last season.

There is a third-party website,  Fortnite Tracker Network, that calculates players statistics already. They show players the following stats:

This information should be easy enough for Fortnite to incorporate into the game and there is sufficient space for it.