by Khadija Saifi
in Concepts
38 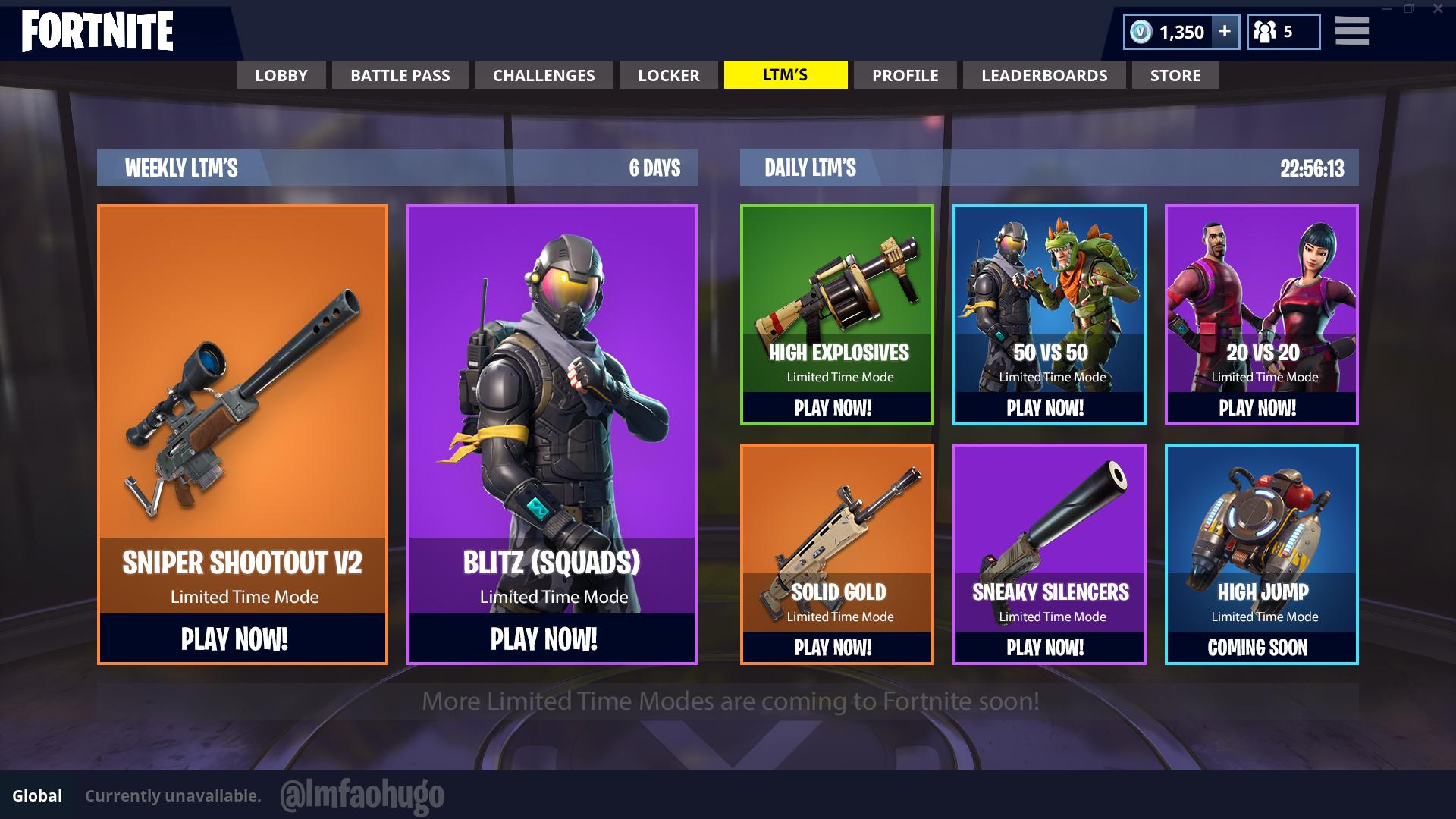 Epic are always coming up with new Limited Time Modes for Fortnite Battle Royale and there have been some modes that have proven to be a hit with the community.

Some players are asking for certain LTM’s to make a comeback and think that the LTM’s do not last long enough.

As seen in the image, there would be an addition of a tab dedicated to LTM’s for players to select a mode they would like to play. There are some modes that are in the Weekly LTM’s and some that are in the Daily section.

This concept is interesting, however it could take away from the ‘Limited’ aspect of the LTM’s and might make the game modes boring. It could be incorporated in a different way, where players would be able to vote on their experience of previous LTM’s or vote on the LTM they want to be added next.