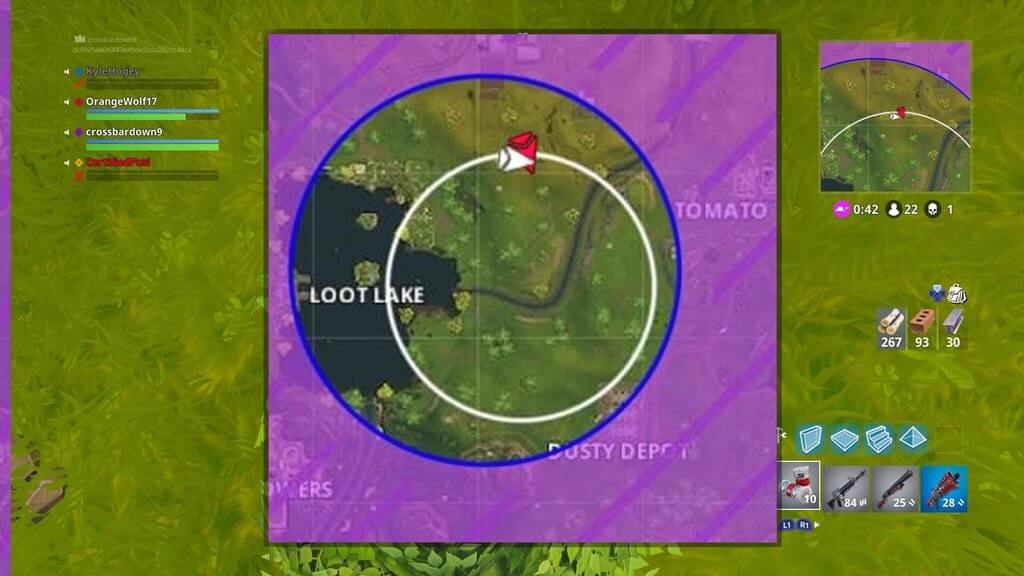 Reddit user KyleHogey has posted a concept, that many other players have also requested, of the map shrinking when the storm closes in. This would help players as they will be able to see more detail on the map. This could particularly be helpful when there are only a few players left, and so it will be easier to see where enemies could be hiding. Also, players will not need to see the parts of the map that are in the storm so having the map zoomed in will show the parts of the map that players need to see.

From this reply we can expect this concept to come to life in Fortnite some time in the future.

This concept doesn’t mention when the map will shrink; i.e. will the map start shrinking with the storm or will the map shrink when the storm has stopped at the circle? Either way, the downside of having the map shrink with the storm is that players that are outside of the radius will be off the map completely. This means that these players will not be able to tell how far out they are and where they are going on the map.

Also, as teammates are now able to see the map when they are spectating, it will help teammates to communicate better with the surviving member of the team and they can give more accurate call outs.