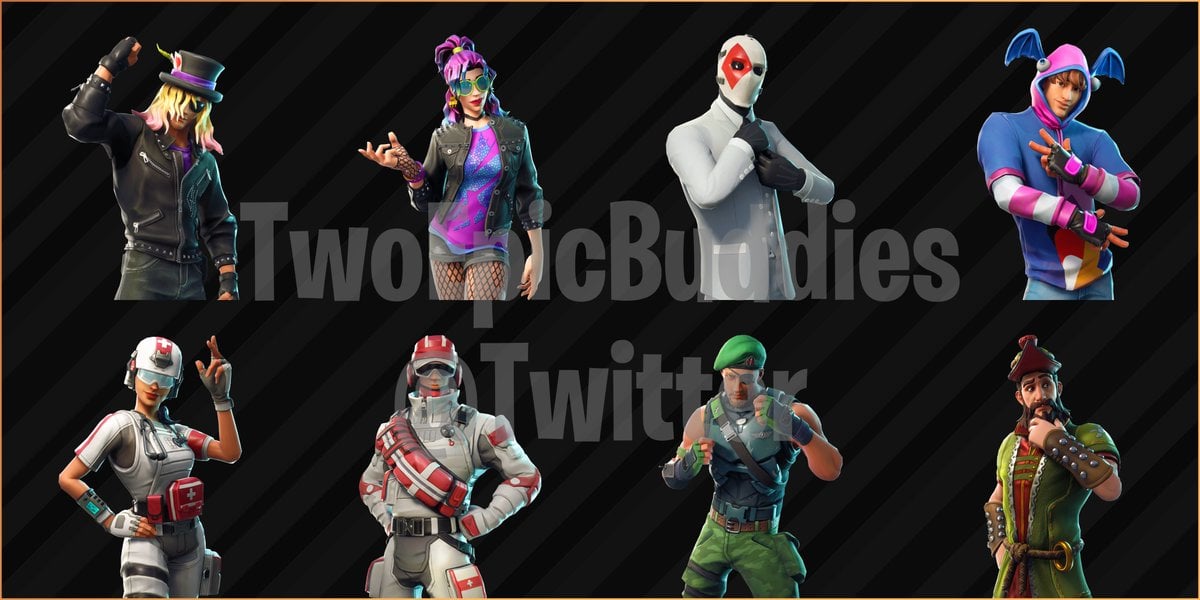 The v5.4 update was delayed due to Epic discovering a critical controller issue and has been released today (Thursday 6th September), which means that the challenges will be released tomorrow (Friday 7th September). With every bi-weekly update, there are new files added to the game, including skins (outfits), back blings, pickaxes (harvesting tools), gliders, emotes, which should be released in the Fortnite Item Shop in the next couple of weeks. Here are the skins that have been found in the v5.4 update, thanks to @TwoEpicBuddies: 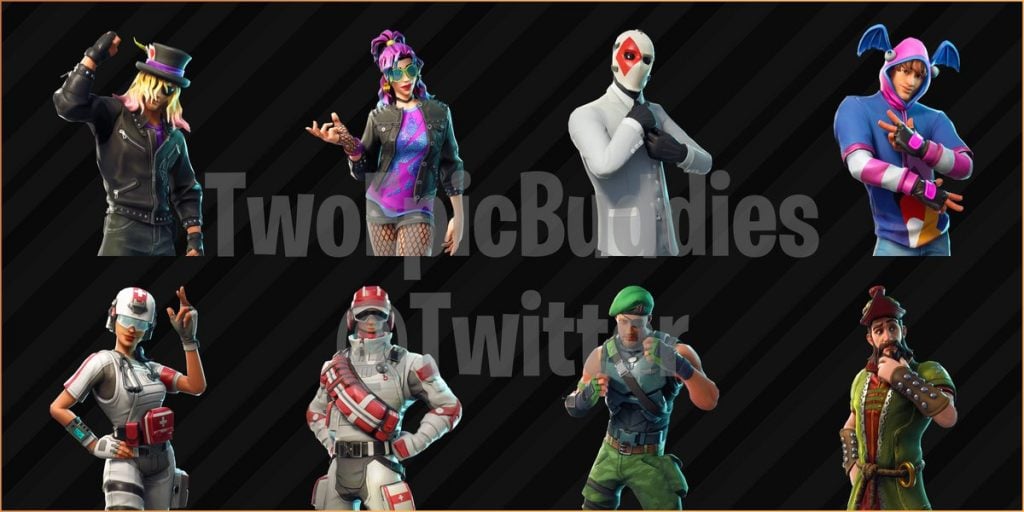 These skins should be available in the Fortnite Item Shop some time in the future and can be purchased with the Fortnite currency, V-Bucks. The price of the skins will vary, depending on the rarity of each, with uncommon being the least expensive and legendary being the most. We will be releasing the names and rarities of the skins as soon as they are available.

As the update was delayed, challenges will be releasing on Friday instead of Thursday. You can see the leaked challenges that should be releasing tomorrow for Season 5, Week 9 in the article below: