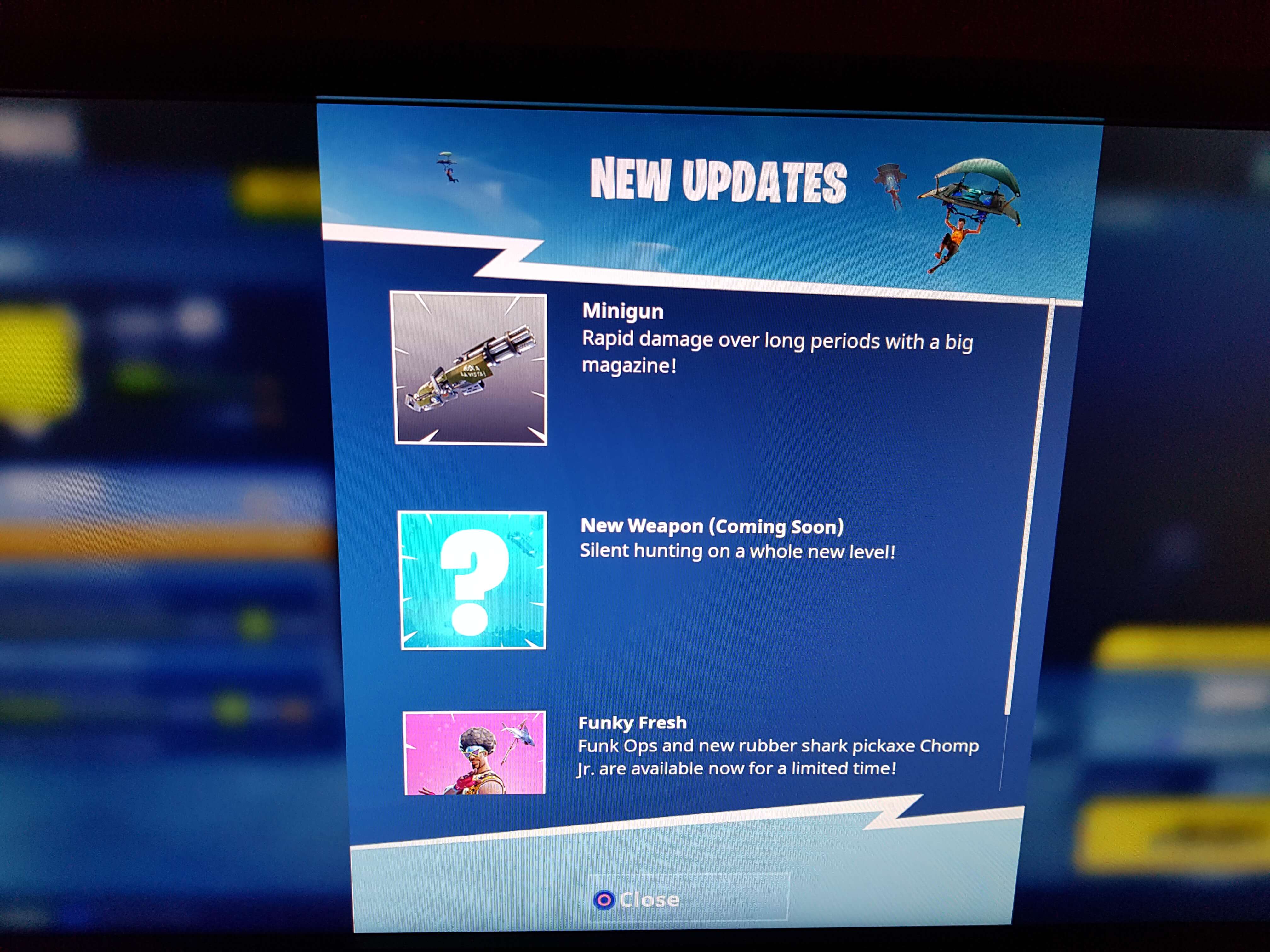 Epic Games has teased the release of a new Fortnite weapon that’ll take “silent hunting on a whole new level”. This has sparked the imagination of the community, and here’s what they think this weapon will be.

Reddit user Fronteh seems to think that this new weapon will be a crossbow, his reason for believing this is the fact that Save the World will be getting a crossbow for Valentines day, so it could be coming to Battle Royale too.

Another possibility are throwing knives. Reddit user VeiMuri seems to think this could be the weapon as it’s already in Save the World, making it easier to transfer over into Battle Royale.

Fortnite developers have spoken about wanting to add a melee weapon, and this could possibly be the new weapon. Maybe it’ll be a one shot or two shot hit weapon.

Let us know in the comments section below what you think the new Fortnite weapon will be.

I hope for the silenced AR’s

Pretty much what a scar is

I think its good idea but throwing knives its bad idea