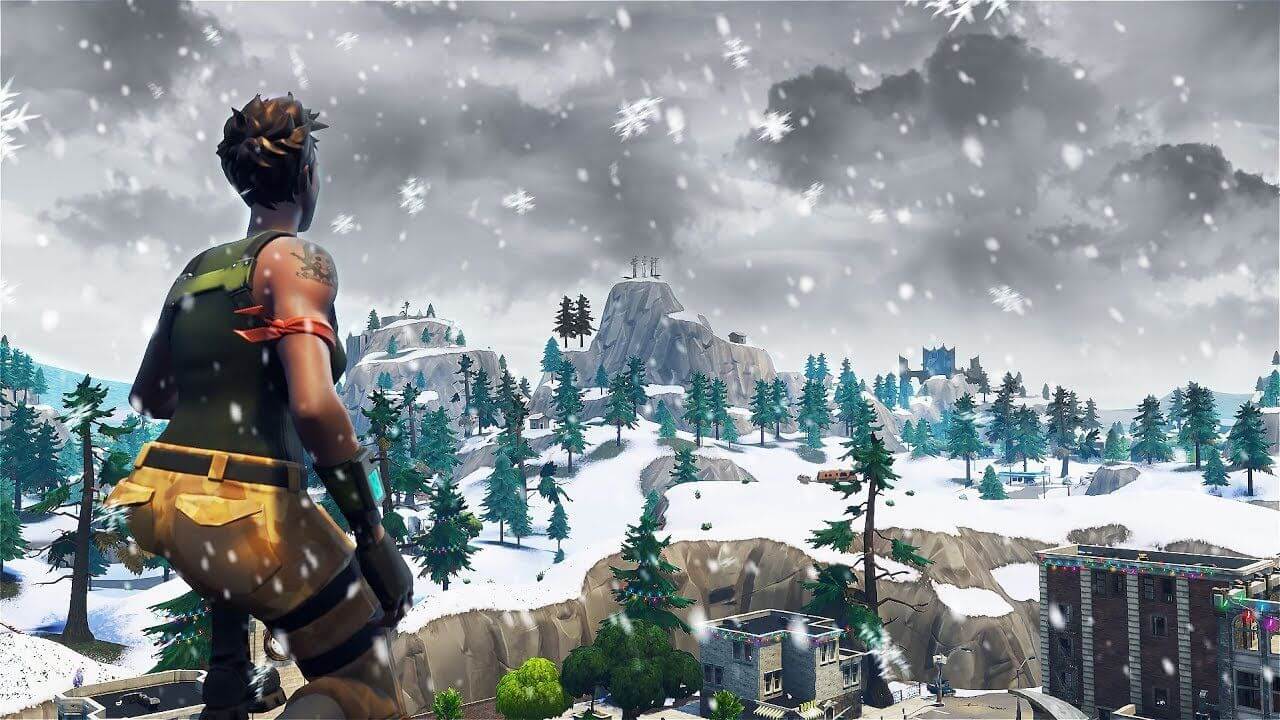 With Season 7 starting soon, there’s speculation as to what changes Epic will make. The official start date of Season 7 has not been confirmed yet, but it still states in-game that Season 6 will end in 3 days. In the past, Epic have had a double xp weekend before the season ends, and there hasn’t been a double xp weekend this weekend, it’s possible Epic will extend the season. For the start of each season, Epic release a cinematic to introduce the new season, but we see these on the day of the new season. Reddit user ForniteLeakInfo has posted what appears to be a trailer for the next season.

This trailer is most certainly fake as Epic update the files on the day of the release and are very cautious of files being leaked ahead of time. The last person to leak information before the season started was sued by Epic. This trailer is well done, with quality animations and the tease of snow, which has been leaked previously in files and is a known addition coming to Fortnite in Season 7. There is no sound in the trailer, and it doesn’t match what Epic have released in the past.

One main aspect the trailer misses is the iceberg. The iceberg has been spotted in the last couple of weeks coming closer to the Fortnite island and if leaks are correct, will be a major part of season 7.

Dataminers have found a file called “Destroy Tilted Towers” and commands for bots to destroy structures. A popular theory in the Fortnite community was that more bots like A.I.M will come to Fortnite and destory the popular POI. If this leak is true, it’s likely we’d see something surrounding this in the trailer for the new season.

Even though this is a well thought out trailer it is not the official one. Epic have not officially confirmed anything for Season 7, but we will keep you updated with the latest.

UPDATE: The video has been confirmed as a fan made video

The video you're referring to is indeed fan made and not an official trailer.