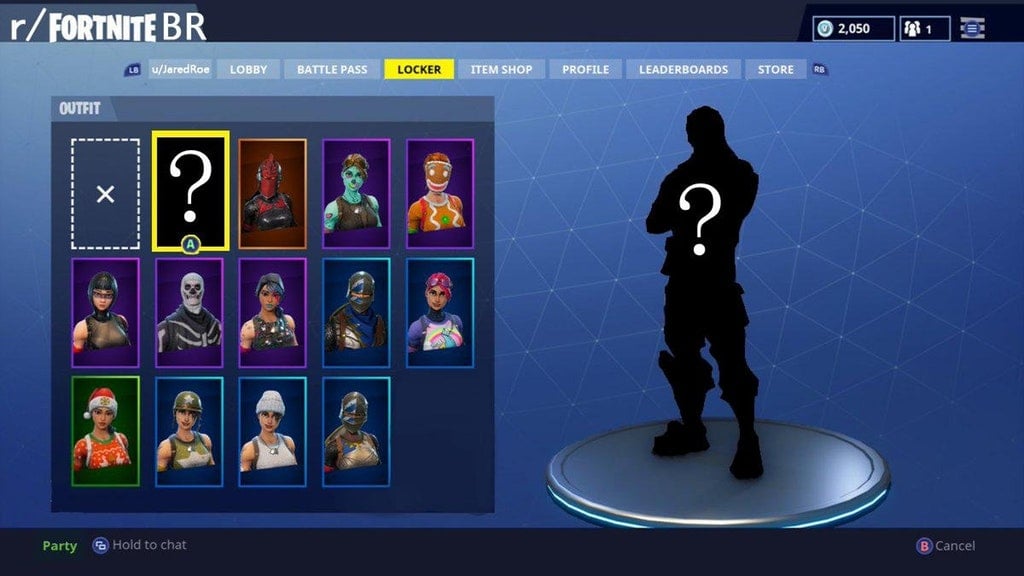 There have been so many skins that have been added to Fortnite and we know many players have been buying multiple skins, but do not remember or utilize all the skins. Introducing the random skins concept, which has been suggested by many Reddit users. Reddit user seVen_games had posted a while ago, which was responded to by an Epic employee and this concept has also been posted more recently by JaredRoe.

The skin would change to a randomly selected one after each match. This would keep it interesting for the player by alternating the skins often. Of course the skins that would be randomly selected would be from the purchased skins, so more skins bought by players means more variety!

Epic employee Dan had responded to the original post by seVen_games stating that he had already suggested this idea to the Epic team.

There are so many members of the community that keep suggesting this concept so we know that it is favorable.

UPDATE: Looks like this will be coming soon as a “Random Character” option has been found in the files.