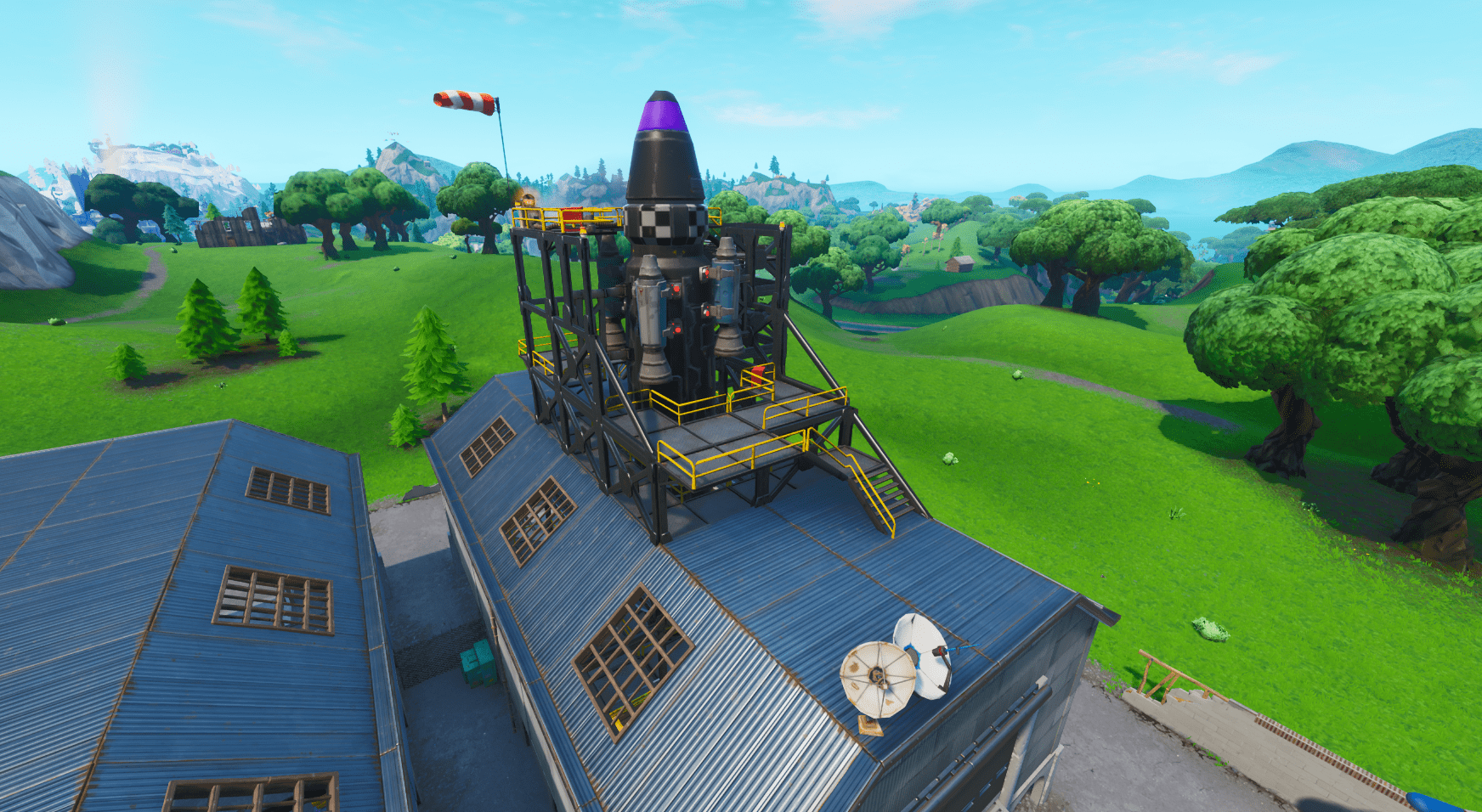 There is now a siren that can be heard in-game at Dusty Depot in Fortnite Battle Royale, which appears to be going off every minute.

Epic Games are known for their in-game Live Events that can be seen by all players around around the world. The first live in-game event to take place in Fortnite Battle Royale was the Rocket Launch Event and since this event, many more have taken place in-game and have been very successful.

As with most of the live events in Fortnite, we can see the build up of the Live Event taking place as the Rocket has been built already at Dusty Depot and now there is a siren that is going off every minute, which can be heard in the video below, thanks to FortTory:

All of the Out of Time Challenges have been unlocked and three of the challenges require you to find six of the Visitors recordings, which is a vital part of the storyline. Here is the text of what is said on the recordings:

‘What the Seven of us are attempting is very risky. I suspect They are not the only ones watching. But it must be done or we lose the Bridge forever.’

‘I speculate that no one calculated the formation of the Island. That interdimensional matter collisions would resolve rather than push. Now that I witness it first hand, it’s obvious that Pinching alone made it inevitable.’

‘When I hear this, again, will it help me remember? Or once Looped will I be just as muted as the others? No matter – it seems the lengthy precautions worked.’

‘The (garbled) Theorem was a success! I… us… you arrived outside of the loop at the exact moment of expansion. This effectively paused the singularity, giving us time to create the devices needed to synchronize the Junction.’

‘What I didn’t factor was that the only way to trigger the device was from within the Loop itself. Thus this hasty and primitive recording. And why now you… I find myself Looped.’

‘Activate the beacon at precisely the moment this timer reaches nothing. The Zero Point must be contained once more. If They are correct, it will be the end.’

It is still unclear who the seven are, but it is thought that they are the mystery seasons skins, but this is yet to be confirmed.

There is an in-game timer counting down the days, hours, minutes and seconds until the Live Event will take place in-game. Be sure to give yourself plenty of time to get into a match so you do not miss the event!

If you need help collecting the Visitor recordings, click on the links below to help you: