The Countdown Timer is now Displaying on the Fortnite TVs 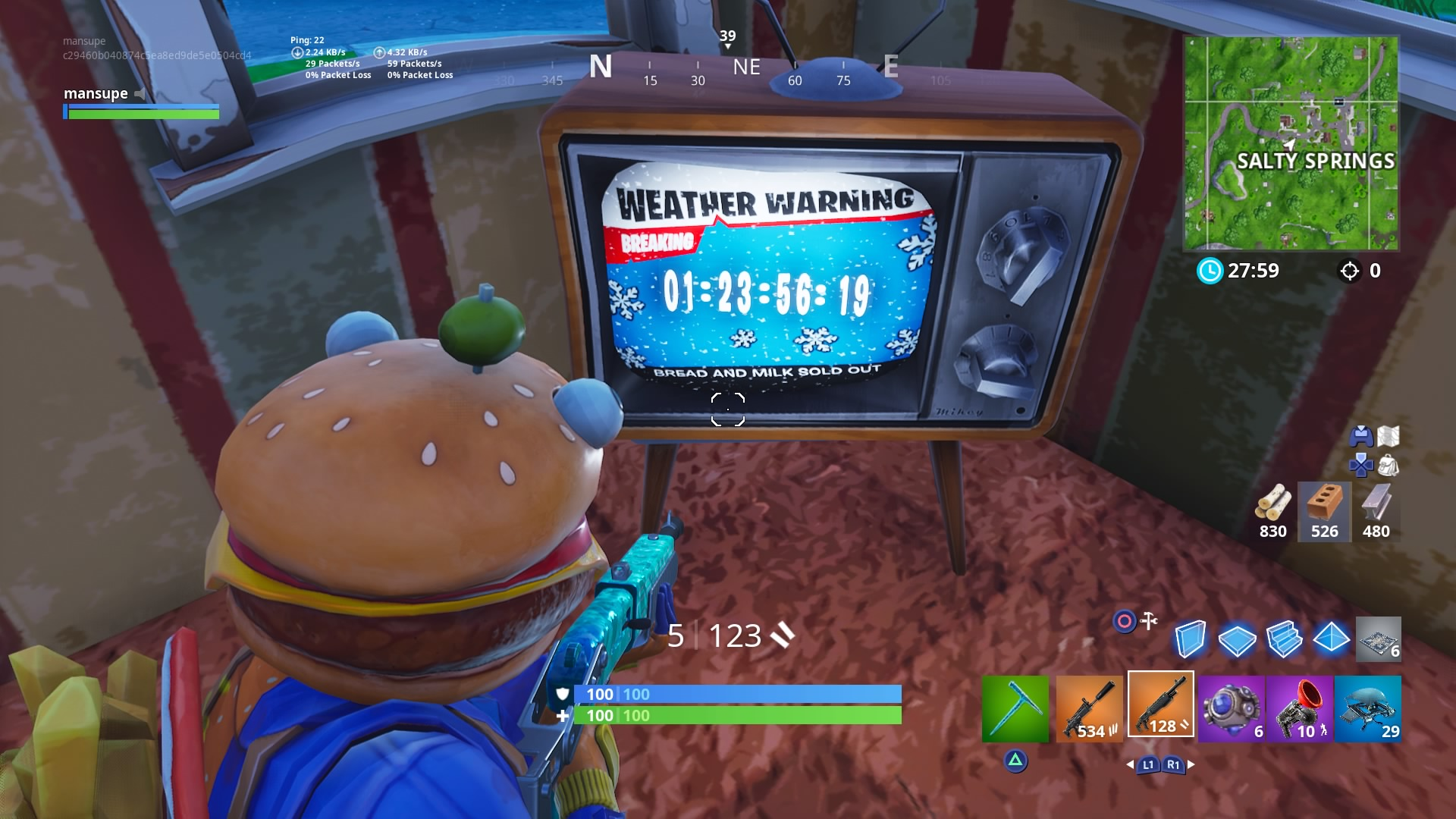 The Fortnite TVs are now displaying a countdown timer.

Yesterday, the Fortnite TVs were displaying a weather warning and now all the TVs are now displaying a countdown timer, as can be seen below:

Looks like there will be an event happening on Saturday 19th January, however this has not been confirmed by Epic Games yet. The times in different time zones are, 2pm ET, 7pm GMT, 8pm CET, 11am PST and 20th January 6am AEDT.

The weather warning that was displayed yesterday can be seen below:

There are more warnings set to release soon. according to leaks. You can view the warnings yet to be released here.

It looks like there will be a snow storm that will be hitting the Fortnite world very soon, which means that the map will most likely be covered in snow again, like we saw on Christmas Day.