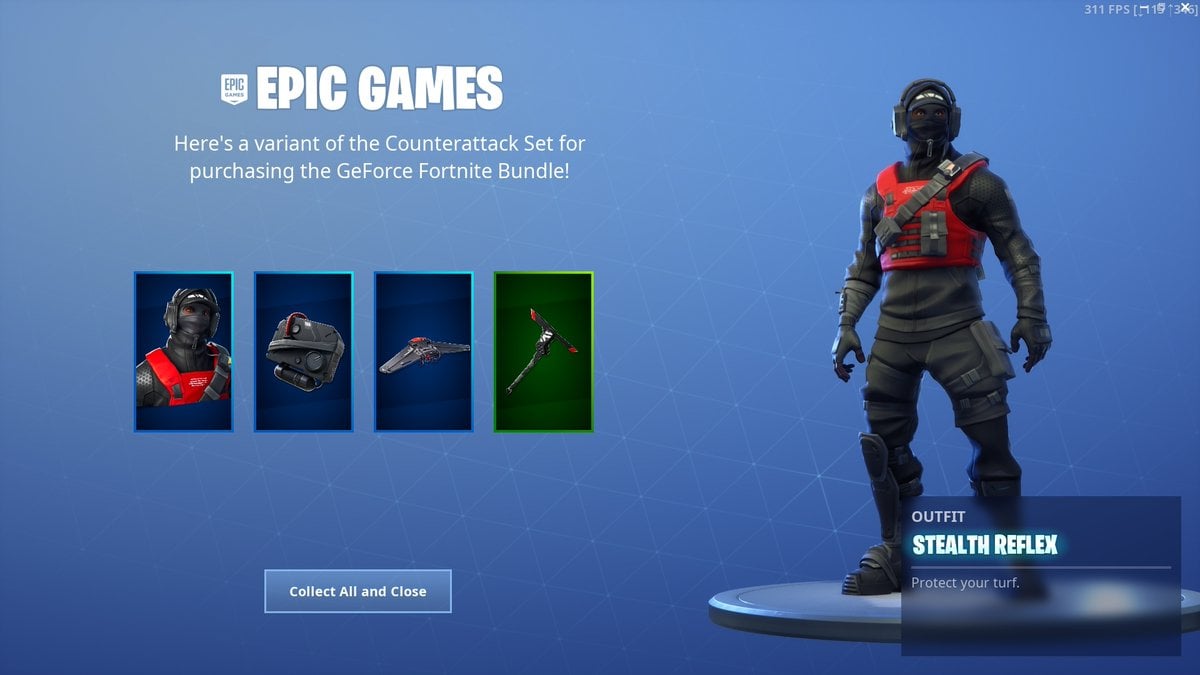 Players are starting to receive the new “Stealth Reflex” skin.

Players who obtain the Reflex skin through the Nvidia promotion are starting to receive the new variant / style for the skin. The new style was initially leaked during the v8.30 maintenance downtime.

The Reflex skin was originally only available through an Nvidia promotion. Epic, however, later released the skin in the Item Shop, which caused players to ask for a new variant. Players were emailing Epic to ask if a new variant is coming, with several people from the Epic support team confirming a variant would be coming.

The new variant can only be obtained if you acquired the Reflex skin through the Nvidia promotion. Upon logging into Fortnite, players will receive a message like the one below stating they’ve been granted the new variant.

The message reads, “Here’s a variant of the Counterattack set for purchasing the GeForce Fortnite Bundle!”