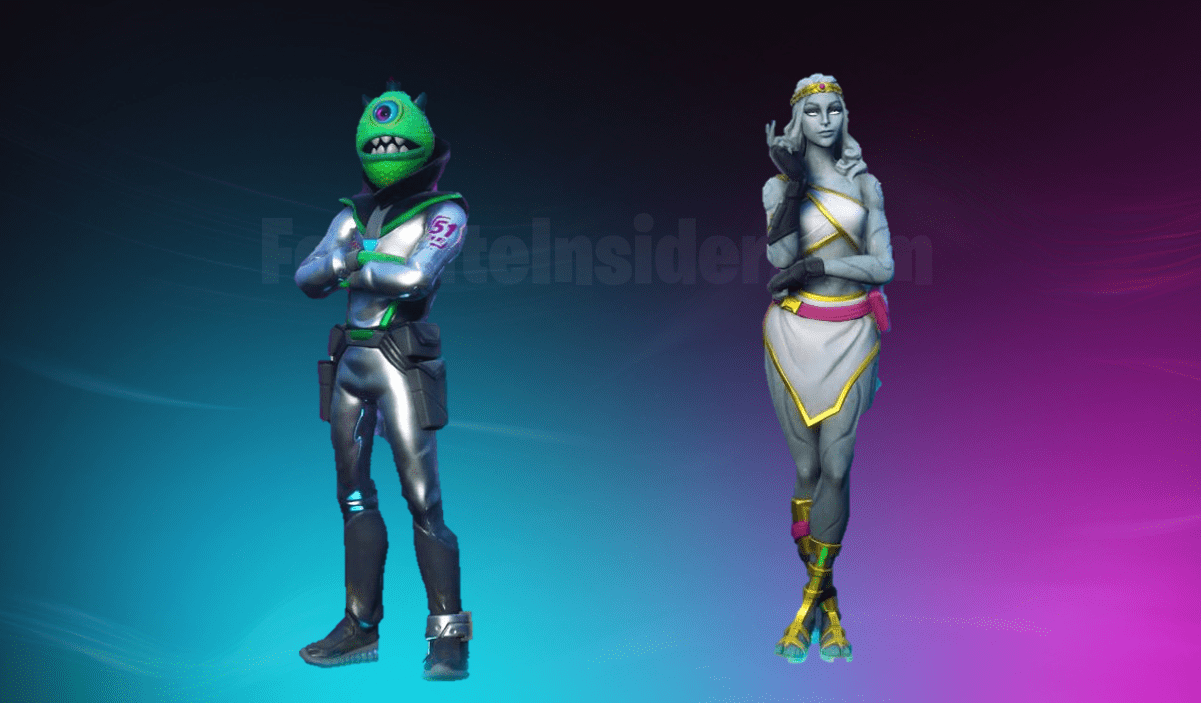 Here are two newly leaked Fortnite Skins that have been found by data-miners and are currently encrypted in the game.

Epic add new cosmetics to Fortnite Battle Royale in every update that requires some downtime, usually bi-weekly, and these cosmetics can include Skins, Back Blings, Pickaxes, Gliders, Emotes/Dances and Wraps. Data-miners are usually able to leak these cosmetics as soon as the update is available to download, unless they have been encrypted by Epic.

It was previously thought that there was no way in which to leak the encrypted files, but data-miner @s1l0x has managed to find a way to showcase some of these cosmetics in-game. He has found two new Skins that have not been leaked before and has shown what they look like in-game.

The first Skin that has been leaked is a ‘Traveler’ Skin, which looks like an alien and you can see the number 51 on this outfit, most likely referencing the ‘Storm Area 51’ meme. It is possible that this Skin will be released on September 20th, the date of the ‘Storm Area 51’ event, but nothing has been confirmed as yet. Here is what the Skin looks like:

Likely will be released September 20th for the Area 51 meme!

There is also a Pickaxe that has been found in the same Traveler set, which can be seen below:

@spedicey1 has also managed to get an image of this Skin in-game, as seen below:

The next Skin that has been found by s1l0x is the female version of the Love Ranger Skin. This Skin isn’t much of a surprise to us as the statue of the female Cupid was added in the v10.20 update and we had mentioned that this Skin would most likely be introduced in future updates. To see where the statue is located on the map, click here.
You can see what the Skin looks like below, along with the Back Bling:

Here is an image of this Skin in-game by @spedicey1:

Will you buy any of these Skins once they are available to purchase in the Fortnite Item Shop?