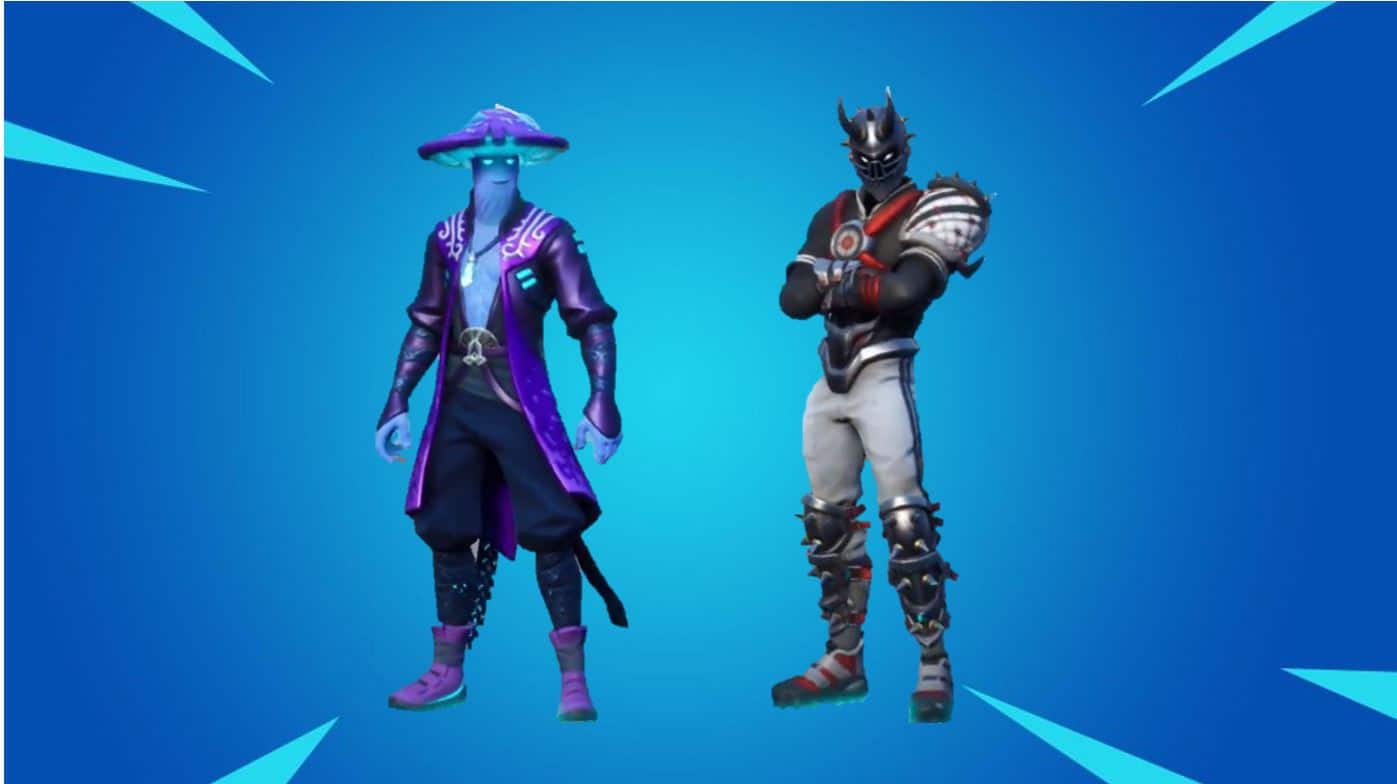 There are two Fortnite Skins and two Pickaxes that were encrypted in the v13.00 update which dataminers have now been able to leak and shown in-game. Here is what they look like.

In the v13.00 Fortnite update, there were many cosmetics that were leaked by dataminers as soon as the update was available to download, but there were also many encrypted files that were also added. This means that dataminers would have difficulty in leaking these cosmetics, but there have been some cases where they have managed to leak these files.

There are two Skins that dataminers had managed to leak which were encrypted. These Skins were the Molten Renegade Raider and another Skin that players thought was a bit odd as it appears to be a mash up of multiple Skin, although dataminer SkinTracker has said that it does look to be real.

There are now two more Skins that have been found in the files by dataminers, one which looks like a Mushroom and another which looks like a Knight. There isn’t much information on these Skins in regards to rarity or description, only the way they look. The Mushroom looking Skin was leaked by Guille_GAG and he has said the Skin is called Madcap and has a Back Bling calles Bello, which has been showcased in the video below:

Dataminers @stefanodvx, @FNBRUnreleased and @Llama_Leaks have also found a Knight looking Skin, but has not said what the name is. Here is what it looks like:

Stefanodvx and FNBRUnreleased have also found two Pickaxes that were encrypted files that were added in the v13.00 Fortnite update and has provided the videos of what both of these Pickaxes looks like in the game.

The first Pickaxe can be seen below:

The Pickaxe shown in the video below appears to be a part of the Mushroom Skin set.

As these are leaked cosmetics, there is a possibility that these cosmetics may not be released in the game as no official announcement has been made by Epic themselves, and there have been instances where Epic have removed cosmetics before it was officially released.

What do you think of these leaked Skins? Will you be getting any of these once they appear in the Fortnite Item Shop? Let us know in the comments section below.