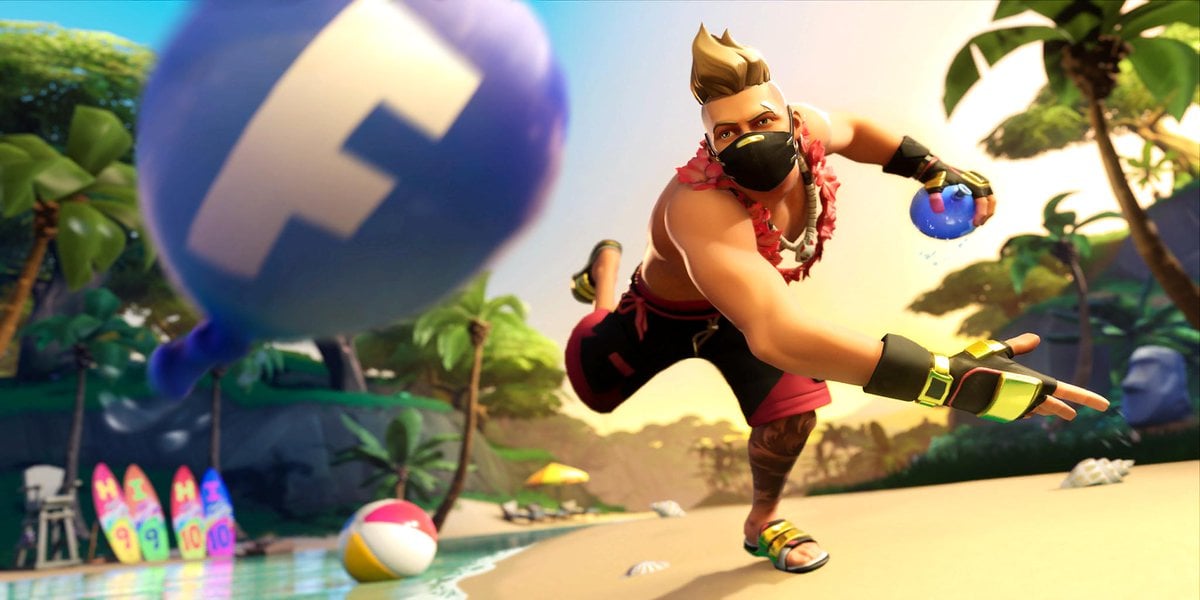 15+ new Fortnite LTM’s were leaked by dataminers in the v9.30 update including Builder’s Paradise, Headshots only, Tank Battle and more.

This week’s v9.30 update included a bunch of new files including a whole load of new Fortnite cosmetics, a new 14 days of Summer event, leaked loading screens up to week 10, new weapons and items and more.

Dataminers leaked a handful of new LTM’s, all of which will likely be rotated in during the 14 days of summer event. You can see the LTM names and descriptions below thanks to FortTory:

Automatics
The only weapons in the game are the automatic firing ones. Spray and pray!

Leave None Behind
All players have a slurp effect granting health and shields over time as long as all members of their team are alive. If players are knocked down but not out they become invulnerable to damage, but the heal over time effect that their teammates have will change to damage over time.

Headshots only
Players can only deal damage with headshots, so take your time and line up your shots!

Use with Care
Players are granted building materials at the start of the match without the ability to gain more throughout the match. Make what you are given at the start last because that’s all you get!

Chameleon
Last man standing rules, but players have the ability to turn into different props around the map.

Heavy Metal
In this mode, only the “Heavy” weapon variants can be found in loot boxes. Get your loadout and get in the fight!

Builder’s Paradise
All player-built structures have drastically increased health,  but a true builder doesn’t break down walls, they edit through them! Neutral editing has been turned on to allow players to edit structures no matter which team placed them. And what kind of paradise would keep a builder short on supplies? Building material drop rates are increased to allow as much building as desired!

Power Up
This mode is played in two phases. During the first phase, respawn on elimination in ON and using shield items increases your shield capacity. After a period of time, respawning will switch to OFF. At this point, everyone’s shields will automatically be fully recharged. The remaining players will then fight to the finish! Note: supply drops have TONS of shield pickups.

Storm Chasers
Surfin: Surf’s up! Jump out the Battle Bus and on to your shiny new surfboard. Use impulse grenades to bounce enemy players into the storm. Race against the storm and the other srufers to be the last one standing!

Strategic Structures
Think before you place is the name of the game. Stone and metal wall health has been increased but the resource caps and resource farming rates have been reduced.

Loadout Swap
All players gets a new loadout that continues to change through the course of a match. Compete to be the last one standing, and prove you are the best with a variety of weapons!

Tag!
Not Team it – Avoid the red team at all costs NotTeamIt – Team It – try to pickaxe the blue team to convert them to the red team #TeamIt

Splashdown
Using only water balloons and their wits, two large teams fight for the Victory Royale in an action-packed mode where the first team to get the target number of eliminations wins!

Team Rumble: Siphon LTM
Two large teams fight for the Victory Royale in an action-packed mode where the first team to get the target number of eliminations wins! Eliminating a player grants 50 health/shields.

Team Rumble: Lava LTM
Similar to the above LTM, however, dangerous lava rises gradually from the lowest parts of the map.

We’ll likely see the 14 days of summer event go live within the next week or two, and we can expect a majority of the above limited time modes to go live during the 14 day event.

Which of these LTM’s are you most excited for? Let us know in the comments section below.