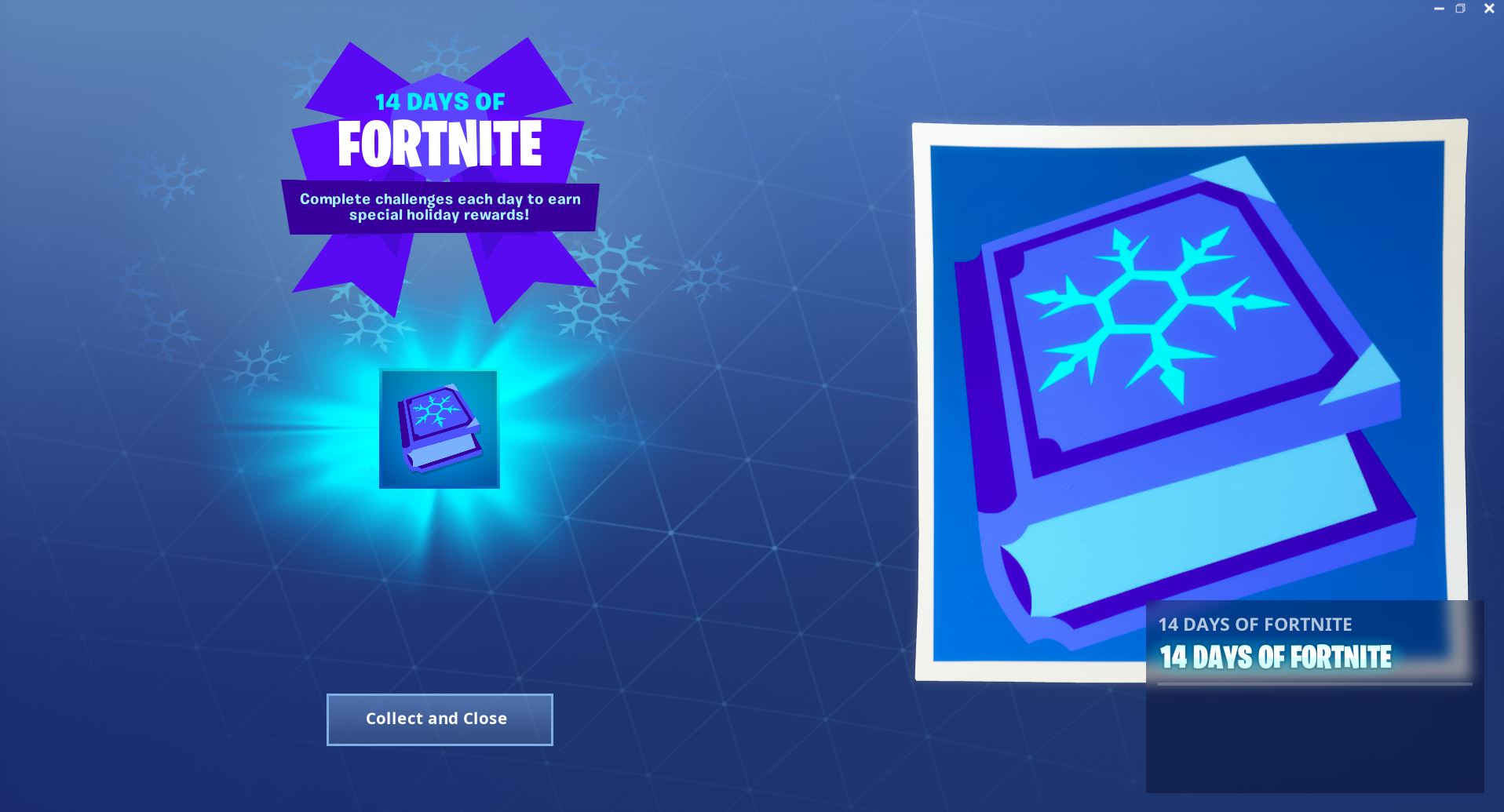 In the v7.10 update, leakers managed to data-mine the challenges for the 14 days of Fortnite event. Day 6 of the event went live a few hours ago that brought a new challenge, “Search waterside goose nests“, and a new reward upon completing the challenge, a “Crackshot Special” loading screen.

There are still 8 challenges that still need to be released and if nothing is changed, here is what they’ll be:

The “Porta_Gift” is likely the present that was added in the v7.10 content update #1 and the snowboard is most probably the Driftboard, which Epic had delayed. If these challenges don’t change, Epic will need to add the Driftboard into the game before the final day these challenges can be completed, on January 3rd or 4th.

All of the 14 days of Fortnite challenges that have been released thus far have had their quantity of the challenge increase by one. For example, the day 1 challenge was to start or join one creative server. The fifth day was to fly through five golden rings in an X-4 Wingplane, and todays challenge required players to search six waterside goose nests. It’s likely however, that this trend won’t continue for the entirety of the event due to the trick point and use a “porta gift” challenges.

The porta gifts (presents) are a legendary item and can’t be found often. It’s unlikely Epic will ask players to use the item 7 times or more. The getting trick points with a snowboard / driftboard challenge will likely require a player to get an excess of at least 10,000 points unless the challenge is to get x amount of points x times.

It’ll be interesting to see which challenge will be releasing tomorrow on Christmas day. It’s likely it’ll be an easy one, such as thanking the bus driver, as players might not want to spend too long completing challenges on Christmas day. Either way, we’ll post the challenge and reward tomorrow, so be sure to follow us on Twitter, @Fortnite_br, and follow all of our coverage of the event here.