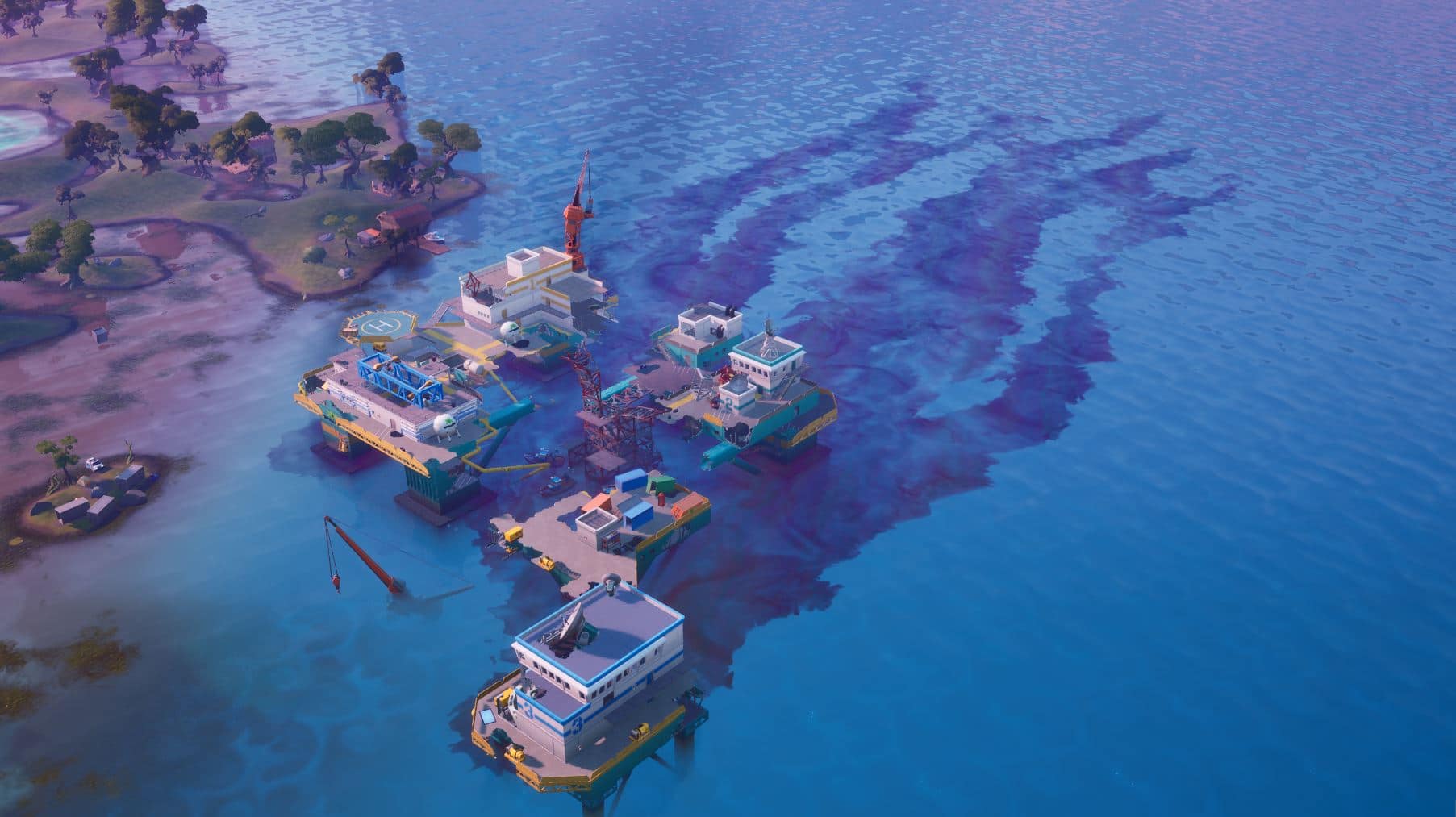 Here are all of the changes that have been made to the map in Fortnite for the v12.20 update.

Epic are known for making changes to the Fortnite map, which can be major or minor. In this season there will be changes made to the map depending on the choice the community make for the Agents Skin Styles, either Shadow or Ghost.

In the v12.10 update, the majority of the community chose Shadow for the Brutus Skin, which means that the Grotto got updated with Shadow Symbol on the Cliff, which can be seen below:

There aren’t many changes that have been made in this update, but there is one major change that has been made to The Rig.

The Rig has now exploded and you can see that there is more oil spillage in the ocean. Upon first glance you can’t tell if Shadow or Ghost won, but when you land at this POI, you will find Shadow Henchmen, meaning Shadow has won again.

Looking at the other styles of the Skins that are left, it looks like Shadow will likely take over the last three locations, but we will have to wait and see.

A minor change that has been made to the map is that the football field in Pleasant Park has been removed slightly from the top to reveal a secret base, where you can find a Helipad and there is a helicopter ‘Choppa’ that spawns in this location. There are some Shadow Henchmen guarding the Choppa vehicle and a few chest spawns at this base when you enter.

Here is what the updated Fortnite Map looks like. Both of the changes that we have mentioned have been changed on the new map:

If you find any other map changes, let us know in the comments section below.