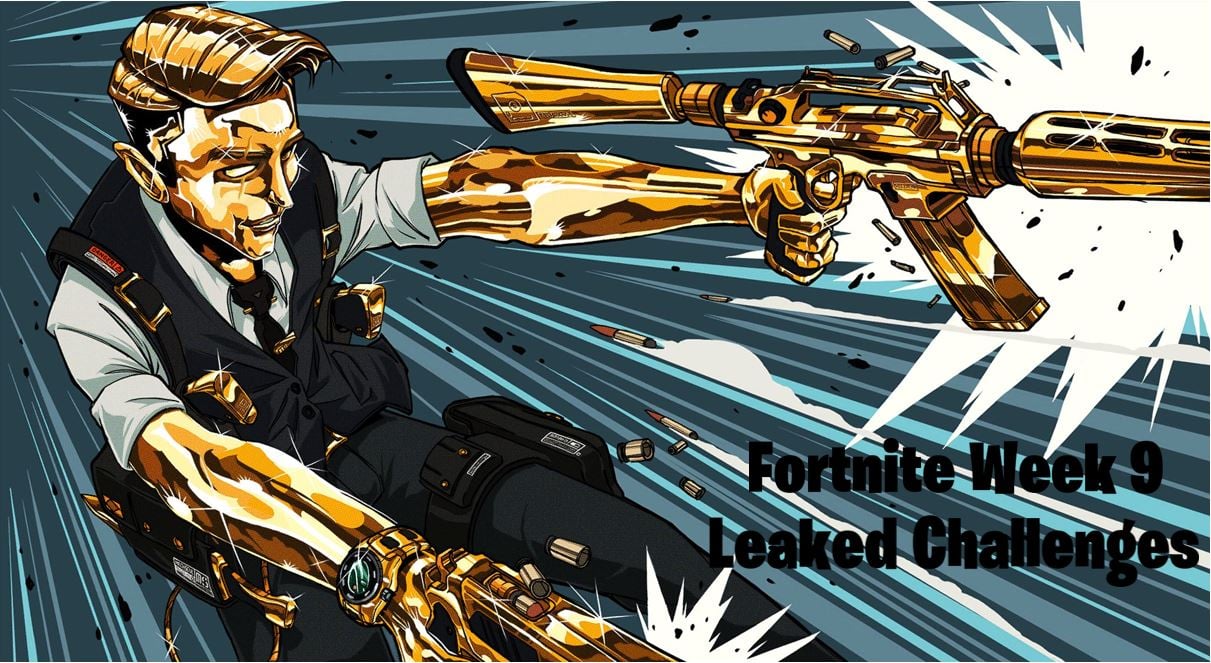 Here are all of the Week 9 Fortnite Challenges that have been leaked for part 1 of Midas’ Mission. Another 10 challenges will be released for the second part of these challenges.

This season has been extended by Epic, but do not worry as they have promised more challenges, bonus XP and additional features for this season, which you can read about here.

The first ten challenges for the Midas’ Mission Challenges can be seen below. You will be awarded with 40,000 XP for each challenge you complete.

As with all the Battle Pass Agents this season, you will be given the option to choose either the Shadow or Ghost style once you have completed 18 of the Midas’ Mission Challenges. Remember, you can only unlock one style, so make sure you choose wisely. There will be a mission you need to complete first in order to unlock the style you want for the Midas Skin and we will release a guide for this when it is available next week.

Even though the season has been extended way past Week 10, there will be more challenges being released so more chances of getting XP to level up and get those gold styles for the Battle Pass Skins.

We will let you know as soon as more information/content is released for Fortnite, so make sure you turn website notifications on so you don’s miss anything.