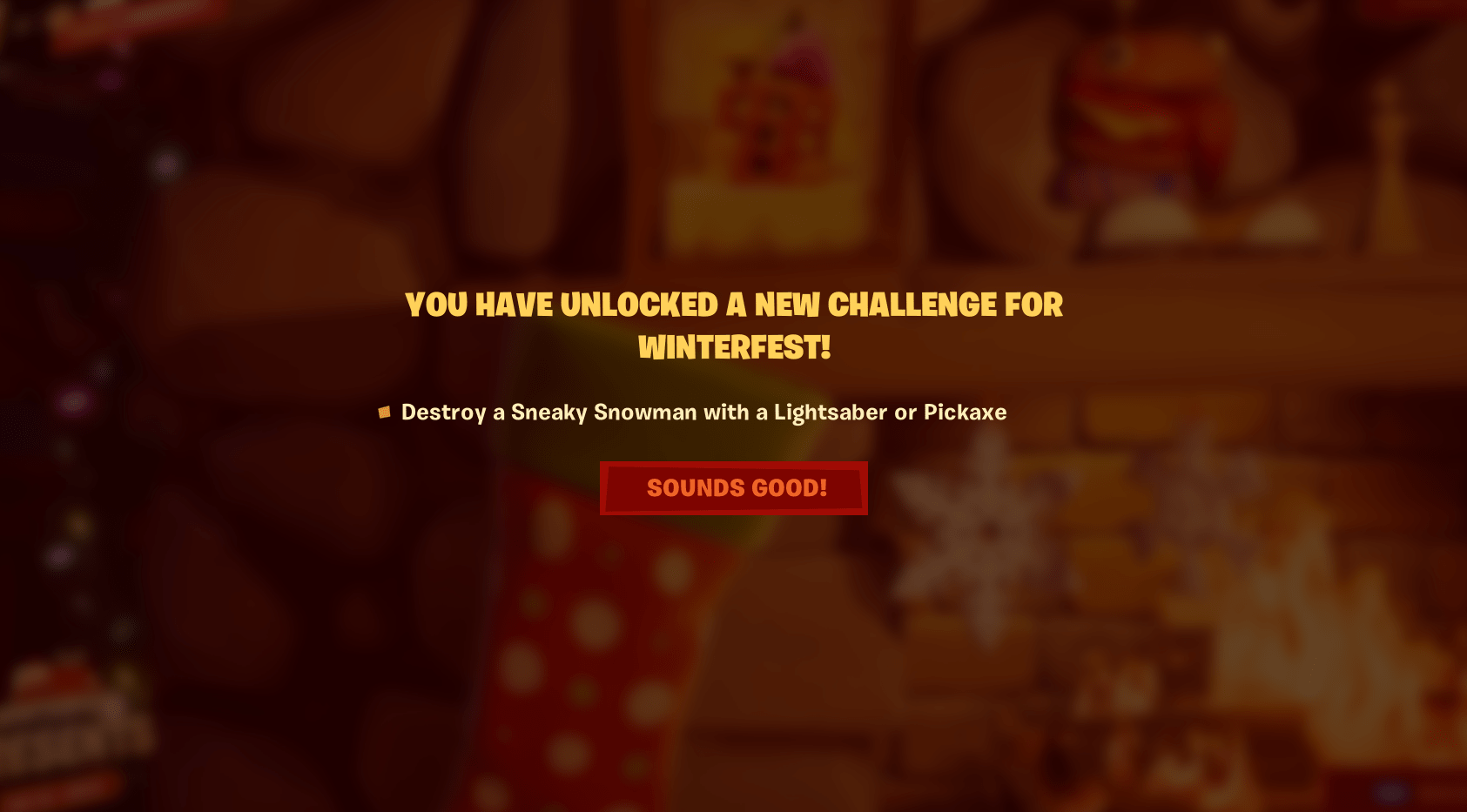 The next Winterfest challenge has just been released in Fortnite for Day 11 of the event and you can claim a free cosmetic reward for completing the challenge. Here is what you will need to do.

The new challenge that has been released for the eleventh day of the Winterfest Event is:

The Sneaky Snowman item was added back to Fortnite for the festive season and the Day 4 Challenge also requires you to use this item. The Sneaky Snowman is a throwable item and once thrown, you are able to hide in it, which is what the Day 4 challenge required you to do.

You can also hit the Sneaky Snowman once it has been thrown, which will make a giant snowball, which you can then pick up and throw at opponents. Today’s challenge requires you to break a Sneaky Snowman with either a Lightsaber or Pickaxe and you will only need to do this to one snowman in order to complete the challenge.

There are ten challenges that have been released so far, meaning if you have completed all of them thus far, you should have been awarded ten cosmetics by now. The cosmetics that have already been released include a Loading Screen, Wrap, Banner, Emoticon, Pickaxe and different styles for the 2020 Kickflip Back Bling.

As soon as you have completed the Day 11 challenge, you will be awarded with the Chillshot Spray, which is of Uncommon rarity and can be seen below:

This is the first Spray that has been awarded for the Winterfest Challenges so far, but there is another Spray that will be awarded for completing a later challenge.

There will only be five more challenges that will be released after today and we will let you know as soon as the Day 12 Challenge is released and available to complete.