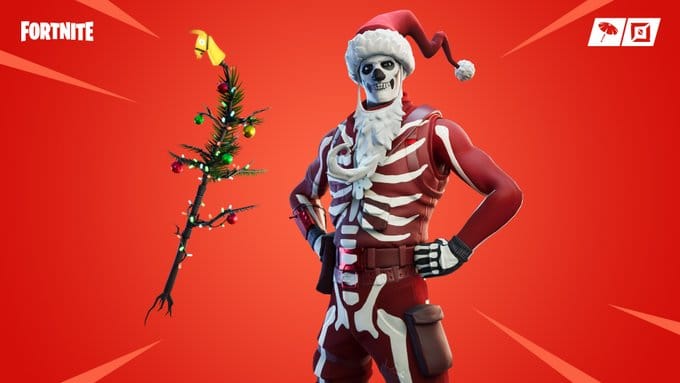 Today has been quite a day. The Fortnite Star Wars event was a success for the most part with a number of players experiencing login issues due to the amount of players flooding the servers looking to experience the event.

That’s not all, Epic have now released a Fortnite skin that wasn’t leaked by dataminers from the v11.30 update this week, and it’s essentially the Christmas Skull Trooper.

Much to the surprise of the Fortnite playerbase, Epic Games released the Yule Trooper skin along with the Branch Basher pickaxe.

To no surprise, the Yule Trooper Fortnite skin looks very similar to the Skull Trooper skin, but this skin obviously has a Christmas outfit on. Players were replying to the tweet announcing the new Yule Trooper skin that it should have been a new style, but it has enough changes for me to warrant a new skin.

Here’s a look at the Yule Trooper Fortnite skin and the Branch Basher pickaxe:

Will you be purchasing the Yule Trooper and Branch Basher Fortnite skin and pickaxe? Let us know in the comments section below.