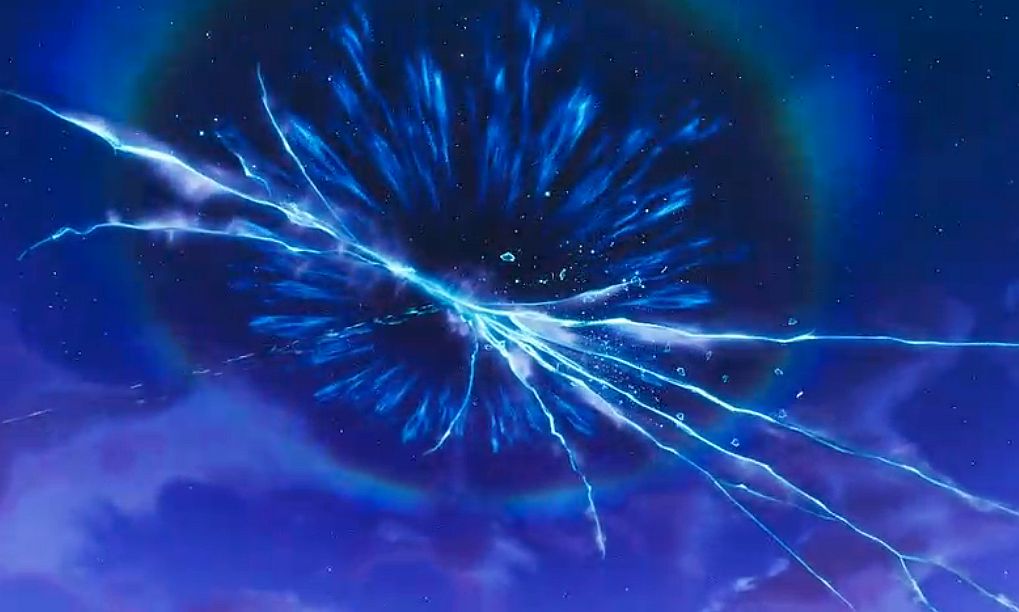 Epic pulled off an amazing one-time only event in Fortnite Battle Royale, where players saw the rocket located near Snobby Shores being launched live and what unfolded was something no-one had expected. There are so many questions as to what ‘The Visitor’ actually is and what he was trying to achieve by launching the rocket and Reddit user TheCourierWatches has thought of an interesting concept as to what is happening in Fortnite:

The island isn’t protected by a shield. The Visitor’s plan explained! from FortNiteBR

From what can be seen already, it looks like the tear is actually getting bigger, thanks to Reddit user Discount Pringles for taking screenshots of the ‘tear’ at different times: 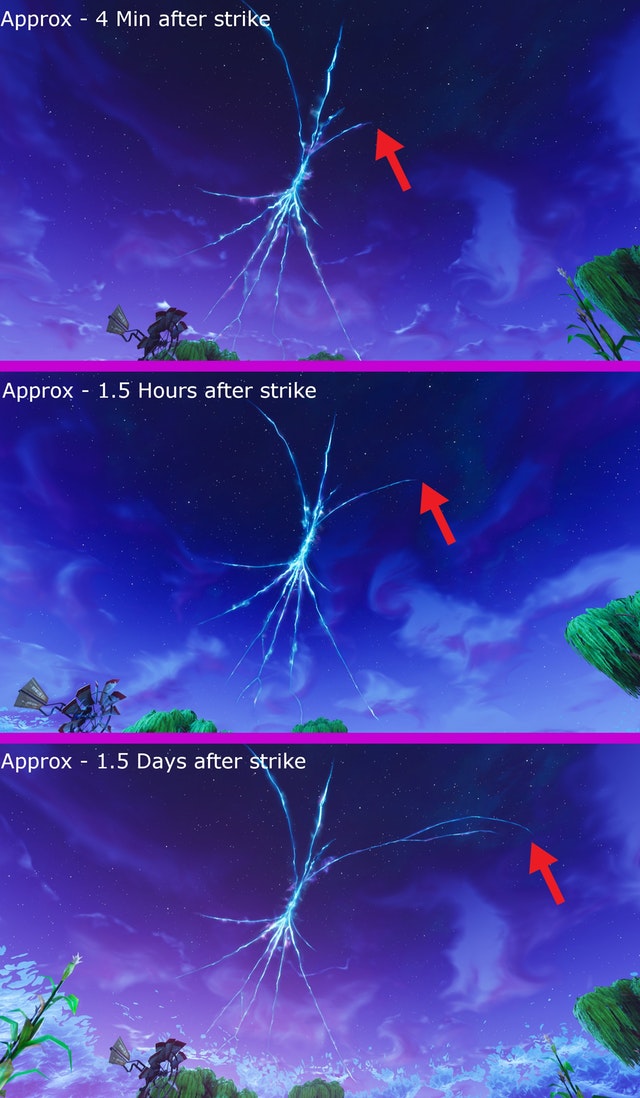 The pictures have been taking in the same area and the different times they were taken were 4 mins, 1.5 hours and 1.5 days after the rocket launch. This ties in with the theory of the ancient and modern history leaking through the ‘tear’, which will continue to grow.

With there being a movie theme at the start of Season 4, it would not be a stretch to think that Epic were inspired by the Mr. Peabody and Sherman movie to create this event. The synopsis of the movie is as follows:

Mr. Peabody, the most accomplished canine in the world, and his boy, Sherman, use a time machine called the Wabac to embark on outrageous adventures. However, when Sherman takes the Wabac without permission to impress his friend Penny, he accidentally rips a hole in the universe and causes havoc with world history. It’s up to Mr. Peabody to mount a rescue and prevent the past, present and future from being permanently altered.

‘The Visitor’ could be a time-traveller that was trying to create a portal to go back home, but has instead ripped a hole in the universe, with different parts of history leaking through to the Fortnite world.

With the different Portals/ Time Warps we are seeing around the map, it could be possible that the POI’s will be replaced by something new entirely and different POI’s could be inspired by different times of history, such as the Ancient Egyptians and Vikings.

NOTE: This is just a theory and nothing has been confirmed by Epic themselves. We will have to wait and see what they have in store for Season 5. There is likely to be a lot of changes around the map in the days leading up to the end of Season 4 and we will keep you updated with anything new!

Voice from the Rocket After Launch