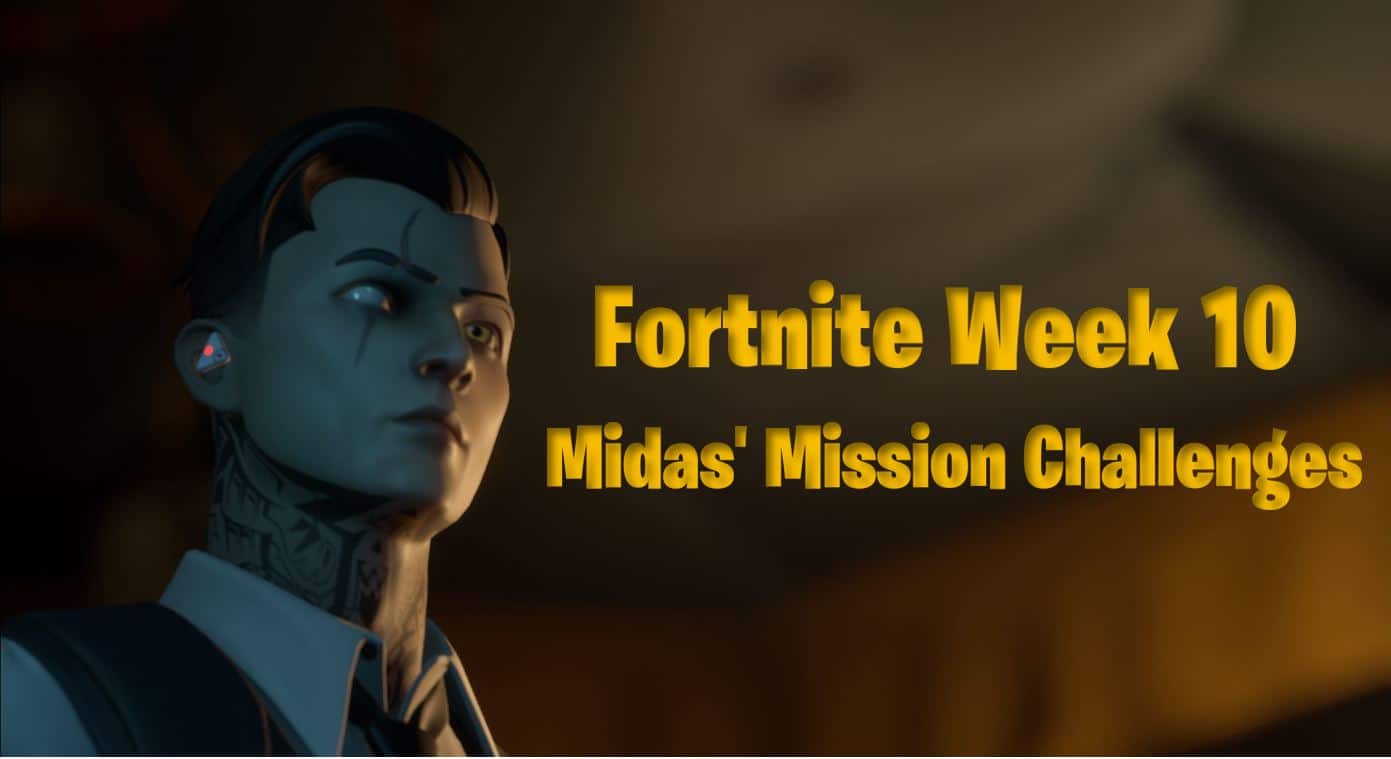 Here are all of the Fortnite challenges that have just been released for the second part of Midas’ Mission.

Every week in Fortnite Battle Royale, ten new challenges are released and are available to complete on Thursdays. We are now in Week 10 of this season which means the second and final part of Midas’ challenges have been released.

The challenges for this season have thus far been based on the Agents that can be found in the seasons Battle Pass and Midas is the final Agent for this season. This week, the last of the Midas’ Mission Challenges have been released which means players will be able to unlock either the Shadow or Ghost style for this Skin by completing 18 of the 20 challenges.

Here are all of the challenges that are now available to complete in-game:

Click on the challenges below for a detailed guide on how to complete them.

As previously mentioned, once you have completed 18 of the 20 challenges for Midas’ Mission, you will be given the option to choose either the Shadow or Ghost style for the Midas Skin. To get the style, you will need to deliver legendary weapons to either the Shadow or Ghost dropboxes, depending on the style you want to unlock. The dropboxes should be in the same locations.

Epic have extended this season to June 4th, but do not worry as Epic have said that they will still be releasing more content which includes challenges, fresh gameplay and Bonus XP. We already know about the Travis Scott collaboration with an in-game event taking place at different times and Travi Scott’s Astronomical Limited Time Challenges with exclusive rewards.

Make sure you turn website notifications on to keep up to date with the latest Fortnite news.