Fortnite Presents Guide: Which Winterfest Presents To Open To Get Free Fortnite Skins 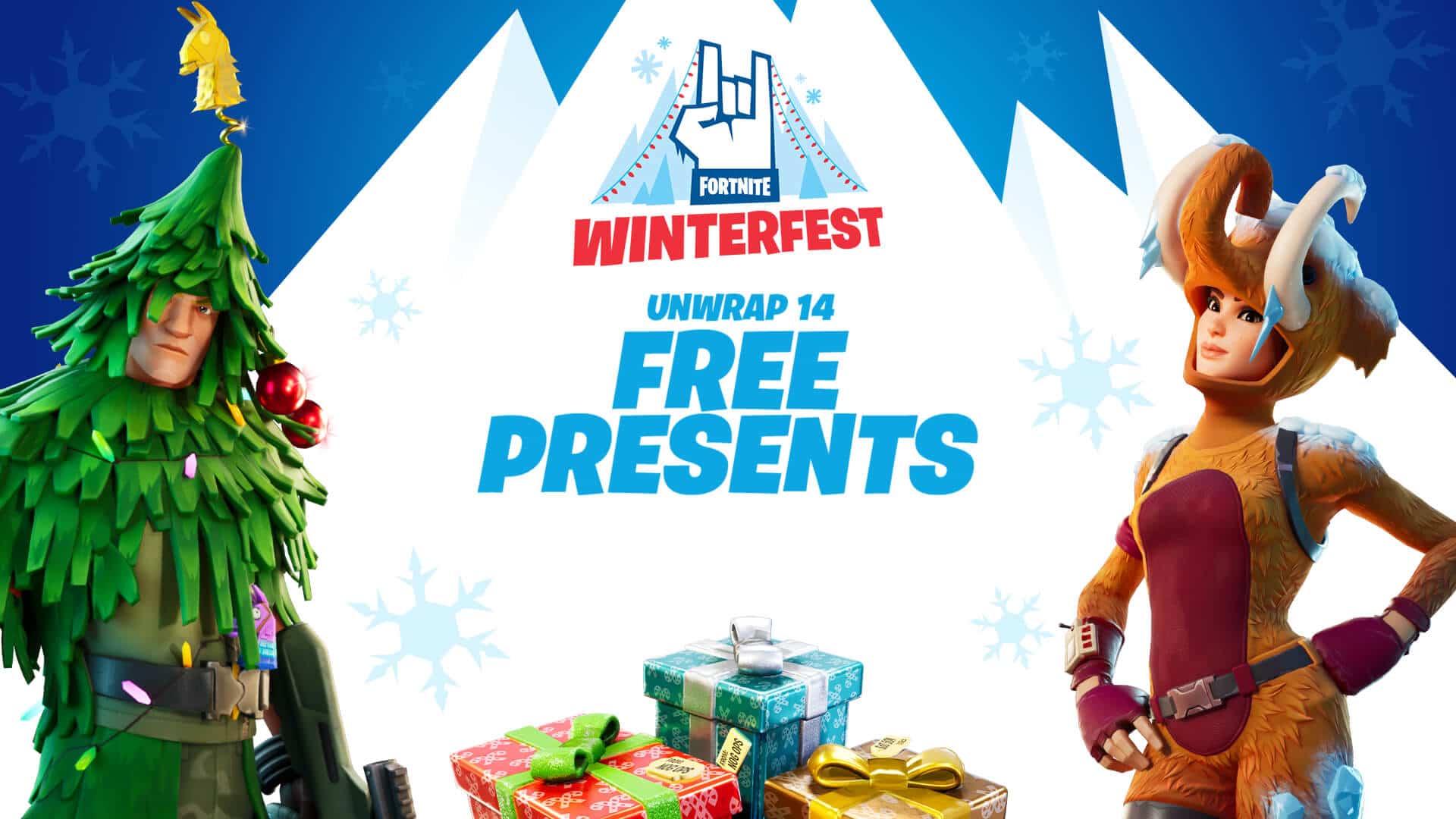 Here’s what Winterfest Fortnite presents will eventually give you free Fortnite skins.

Epic Games launched the Fortnite Christmas event, Winterfest, for this year on Wednesday. It was expected to go live on the 17th December, but Epic delayed it without communicating the delay with the player base.

For the most part, the Christmas event is similar to the one we had last year, 14 days of Fortnite. There’s a new challenge to complete every day that’ll grant players with a free cosmetic reward, there’s a returning LTM each day, a weapon from the vault is unvaulted for 24 hours, and there’s new Fortnite skins in the item shop.

Each time Fortnite presents are opened, you’ll find them inside the cabin. For example, if you unlock the Peppermint Pick Pickaxe, you’ll find it on the right side of the fireplace in the Winterfest cabin.

Now that players have had a chance to figure out which presents provide the cosmetics they’re after, we know the Fortnite presents that’ll provide the different available cosmetics. We’ve already covered a couple of cosmetics items that you can get from particular presents, and you can check them out linked below.

You can also take a look at our article on all the rewards/cosmetics you can get from Fortnite presents. Here’s the presents that will give you the free Fortnite Skins.

Which Christmas presents to open to give you the free Fortnite Skins?

UPDATE: The free Fortnite Tree LT. EVERGREEN skin is available today. Click here to find out how to get it.

There’s been a video circling social media that shows a player getting the Fortnite Lieutenant Evergreen skin. The Fortnite skin in encrypted, but has been leaked by dataminers as “Ornament Soldier”.

Rest assured, there’s no way players can get one of the free Fortnite skins from any of the Christmas Winterfest presents yet. What’s interesting though is that Epic stated that there are two free Fortnite skins in the presents, but it appears as though only one present contains a skin.

This makes sense due to the fact there appears to be only one present that actually contains a skin, which is going to be the ‘Woolly Mammoth’ skin. It’s possible that on Christmas day, players will be able to click on the Christmas tree and get the Lieutenant Evergreen/Ornament Solider skin, but it’s a theory and nothing is confirmed.

This is the Fortnite present that will contain the skin, but it can only be opened on the last day of the event: