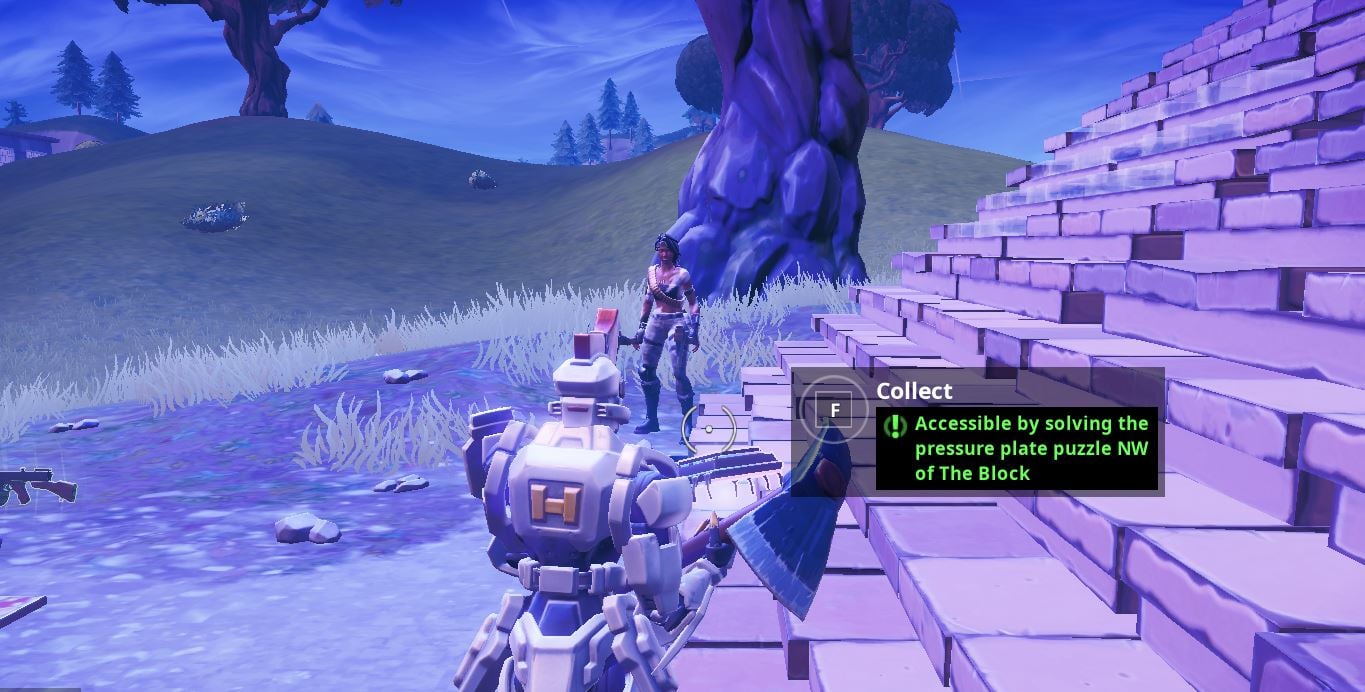 Fortbyte 82 – Accessible by solving the pressure plate puzzle NW of the Block Guide has now been unlocked is available to complete. Here’s the location where you’ll collect Fortbyte 82 .

Fortbyte challenges were launched during Season 9 on Thursday 9th May, 2019. Since release day, we’ve had a new Fortbyte challenge every day, all of which have required players to collect Fortbytes in game.

Once a Fortbyte is collected, players will decrypt part of a secret message which appears to be Bunker Jonesy drawing something he may have seen before or during his stay in the bunker, as seen in the Season 9 trailer.

So far, we’ve had 6 Fortbyte challenges that require players to collect in-game, and we’ve covered all of them here on Fortnite Insider, we’ve linked all of the guides on collecting Fortbytes at the bottom of this post.

As given away by the challenge/task name Fortbyte 82 can be found NW of the block and is accessible by solving the pressure plate puzzle. These types of tasks can be a little tricky as there’s no information on how to complete the puzzle.

We’ve taken the guess work out of the Fortbyte 82 challenge for you and we’ve marked the location where Fortbyte 82 will be and how to solve the pressure plate puzzle. If you’d like to check out our YouTube video on the location, scroll to the bottom of the post.

Here’s the exact location of Fortbyte 82:

Here’s the pressure plate puzzle NW of the block:

How to solve the pressure plate puzzle NW of the block

Check out our other guides for Fortbytes here: