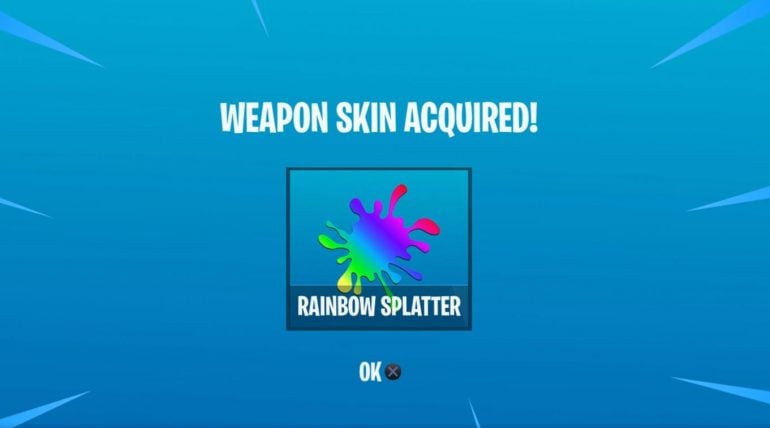 There have been many players in the community that have suggested that skins for weapons should be a feature added to Fortnite and that they would purchase a skin for weapons if it was available. Skins for weapons has been done in many other games and is not a new concept, but Reddit user DocyodaX has made a video to show how skins for weapons could work in Fortnite:

This shows how the weapons skins could be implemented, with players being able to select which weapon they would want the skin on, once they have acquired it, but there are many things that have not been addressed and Epic would need to think about before adding this concept.

Firstly, it is unclear how players would acquire these weapon skins, whether it is unlocked by progressing in level/tier or if it can be bought in the item shop. The Fortnite Item Shop already sells skins (outfits) with the matching back bling, pickaxes (harvesting tool), gliders and emotes, so adding weapon skins would make the shop quite crowded.

Another issue with weapon skins is how players would see the weapon in-game. For example, if the heavy shotgun had the skin shown in the video, would this be the skin the player sees the weapon having when it is found as loot or is it only equipped when the weapon has been picked up? When killing enemies, would you see the skin they had put on the weapon or would it be the skin you had chosen?

We do see Epic adding new features to the game every season, but it seems like there would be too much to consider if weapon skins were added to Fortnite. If this concept was implemented, we think it would be best for the skins to be attainable by either progressing in level/tier or by completing set challenges. The challenges could even be hidden and are only known when the skin is unlocked and players are told the reason for unlocking the skin. This would make Fortnite exciting and make players change the way they play, as they would try different things in the hopes of unlocking new weapon skins. Certain weapon skins could even be awarded to players that get more Victory Royales, so they have more of a sense of accomplishment.

Would you want to see weapon skins added to Fortnite?