What to Expect in the v9.10 Fortnite Update 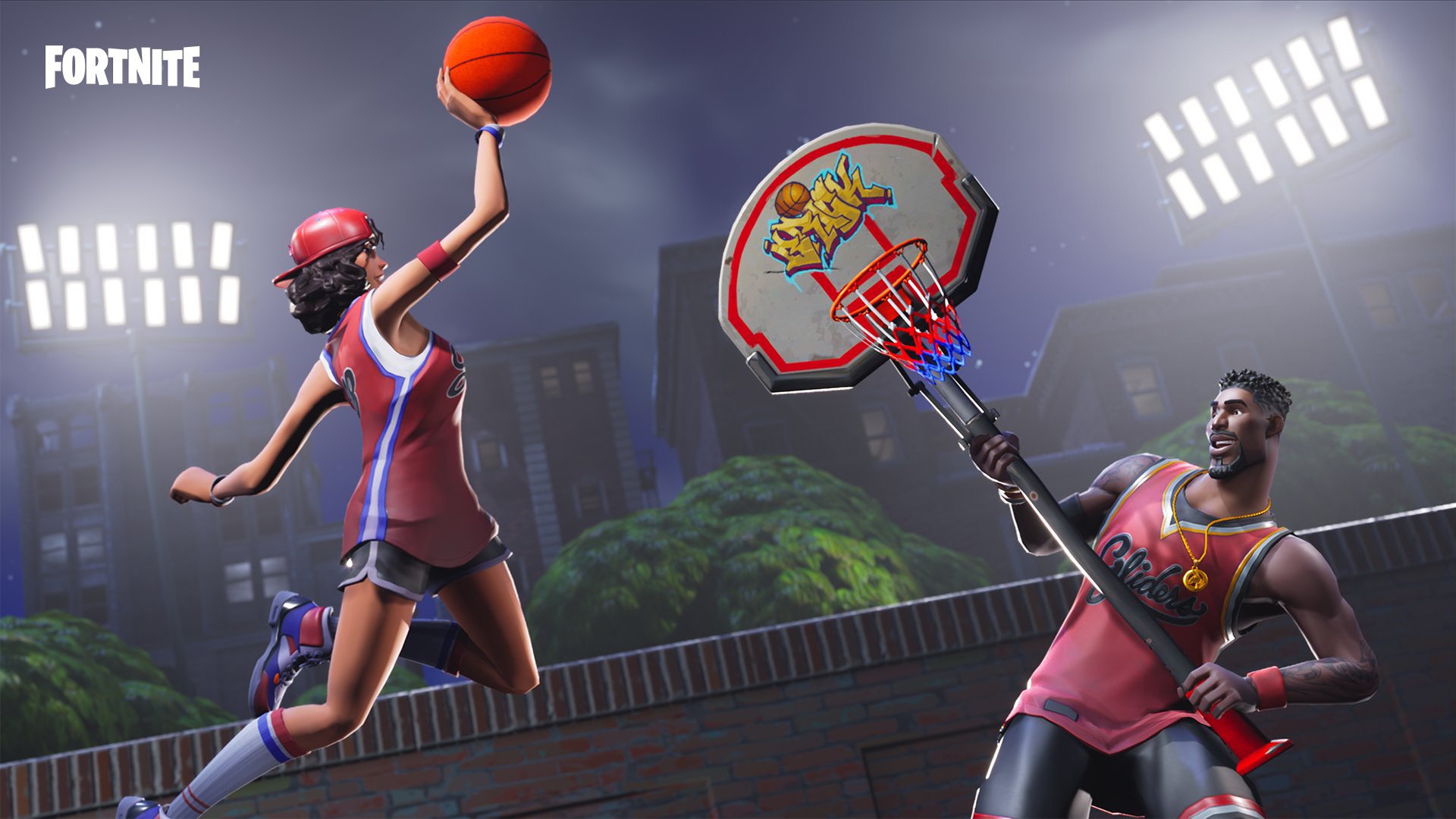 The Fortnite v9.10 update will be taking place tomorrow and here is what to expect.

Epic update Fortnite on a weekly basis and they have announced the time and date of the v9.10 update, which should be taking place tomorrow, May 22nd. They have also announced that the downtime for this update will be extended, which could mean a bigger download. For tips on how to download the update quicker, click here. Here is what to expect in tomorrows update.

As with most updates, the MOTD (message of the day) has been updated to tease what will be coming in the next update, however instead of the MOTD showing a weapon or item being added, they teased the collaboration with Michael Jordan, with the description, “Game recognize game”.

There isn’t much information that has been released for this collaboration apart from the teaser, so we do not know how long this event will take place for. There may be a new LTM (Limited Time Mode) added for this event with challenges that could give players exclusive rewards, similar to the Jon Wick collaboration that just ended. If a Michael Jordan skin/outfit is added to the Item Shop, it will most likely be updated in the shop after the downtime ends.

We should also see the Triple Threat and Jumpshot skins in the shop, which have not been seen since 316 days ago. It is possible that new basketball skins will be added to the shop after the update, but we will have to wait and see if this is the case.

In the v9.01 update, Epic had made some changes to the slipstreams, with the main change that has been causing issues is that the Slipstreams are now disabled after the fifth storm phase. This change was implemented as it was causing some issues in the late game circles where players were being pulled back into the storm unexpectedly. Disabling the Slipstream after the fifth phase was the best option to resolve this issue, but the sky platforms that have been added this season also use the Slipstream feature to go up and down them.

Eric Williamson, Design Lead at Epic Games, responded to one of the suggestions on Reddit with the following, “Thanks for the feedback, we’re aware that it’s not ideal visual feedback when it’s turned off but wanted to get the change out as quickly as possible. The plan moving forward is to disable the fan blades from rotating and to make the purple part (that glows) look like it’s turned off.”

Sean Hamilton, (aka MrPopoTFS) Community Coordinator at Epic Games responded to another Reddit post raising concerns about the Slipstreams being disabled with the following, “Hey there! Want to confirm we’re working towards making visual adjustments to make it more clear when they’re shut down. In the meantime, be careful out there!”

There have been many issues in the past where players have said they have accidentally purchased a skin in the shop when they were viewing it. There is a refund token system in place at the moment, but as there are only three lifetime refund tokens available, players have been asking for a better solution for accidental purchases. Epic had announced last season that they will be introducing an ‘Undo’ feature where players will be able to refund items for a limited amount of time and it will be added in the v9.10 update. You can read more about the ‘Undo’ feature here.

UPDATE: The undo feature has been delayed again and will not be released in v9.10 but will be pushed to the v9.20 update, providing no more issues are found before release. DanDaDaDanDan, Engineer at Epic Games, said the reason for the delay is due to a last minute issue found. “We found a last minute issue which forced us to push this out to v9.20.”

There have been many issues with the audio in Fortnite and the audio team at Epic have been working on improvements. There are many fixes and improvements that will be implemented in the v9.10 update and the full list of changes/improvements being made  can be found here.

Be sure to turn on website notifications and follow us on Twitter @Fortnite_BR for all the latest Fortnite news, leaks and more from tomorrow’s v9.10 update.