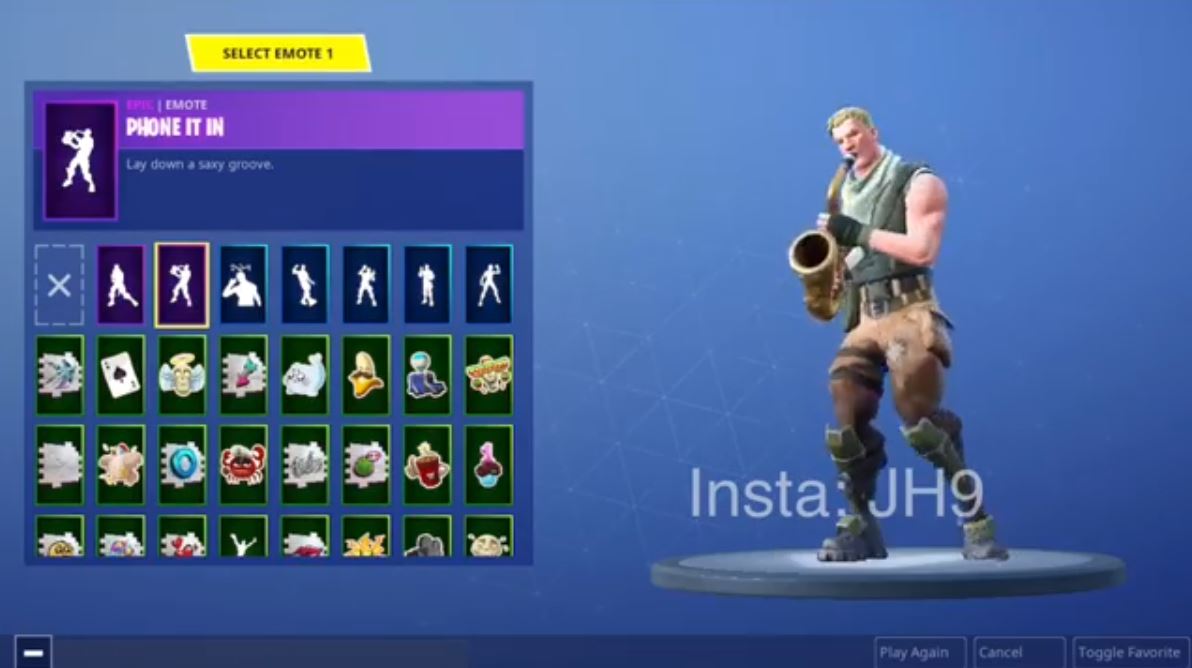 In the v6.31 update, there were many changes made, including changes to Shotguns, a new Pump Shotgun being added, a new LTM (Limited Time Mode) added called Team Rumble and more. As with the majority of updates this season, there were new cosmetics found in the files. There weren’t many cosmetics added in this update, but it is to be expected as we are now in the last week for Season 6. The 3D renders of the two Skins (Outfits) with their respective Back Blings can be seen below, as well as the only Pickaxe (Harvesting Tool) found in the v6.31 update, thanks to Skin-Tracker and there is also a preview of the leaked emotes, thanks to @jh9.

Longshot (Rare)
No target is out of range

Lamp (Uncommon)
The glow is alluring

Showstopper (Rare)
Pull out all the stops

Phone It in (Epic)
Lay down a saxy groove

Leaked “phone it in” emote !

We should be seeing these leaked cosmetics in the Fortnite Item Shop soon, most likely before Season 7 begins. The price of these cosmetics will vary, depending on the rarity of the item, with legendary being the most expensive and uncommon being the least.

© Copyright © Fortnite Insider 2018. Portions of the materials used are trademarks and/or copyrighted works of Epic Games, Inc. All rights reserved by Epic. This material is not official and is not endorsed by Epic.
wpDiscuz
0
0
Would love your thoughts, please comment.x
()
x
| Reply