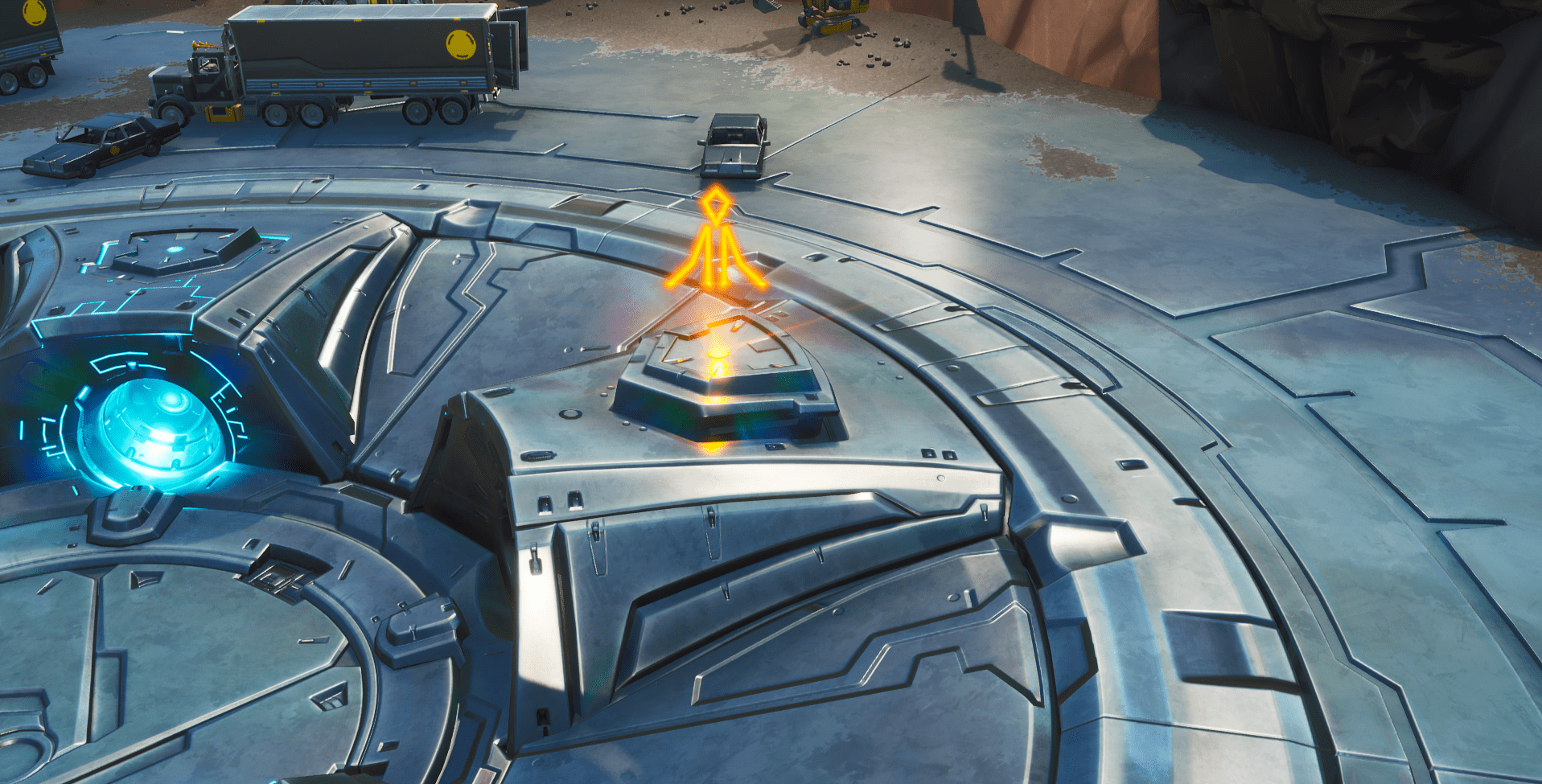 Fifth Rune Has Appeared in Fortnite

The fifth rune has appeared in Fortnite at the Loot Lake metallic structure.

A couple of weeks ago in the v8.40 update, a new metallic structure was added in the middle of Loot Lake, and soon after, runes would appearing at the structure one by one before they are found somewhere around the map on a pedestal/rock. Players would need to interact with the runes in order for them to make their way back to Loot Lake and become activated. So far, there have been four different runes that have been activated and the fifth and final rune is glowing at the structure and we should be seeing the rune somewhere around the map tomorrow. Here is what the rune looks like:

If you look closely at the rune, it looks like it could resemble the volcano, meaning that the rune could be located somewhere near the volcano POI tomorrow or will be connected in some way. The volcano has started to smoke more as each rune has been activated and it has been leaked that there will be an eruption of some sort for the in-game event that should be taking place.

The first four runes have made their way back to Loot Lake in different ways and you can see how each rune went to the structure before being activated below.

The first rune spawned somewhere between Lucky Landing and Fatal Fields. Players need to deal damage to the rune to make it move and it travelled around the map, making a visit to the ‘unlucky’ building in Tilted Towers, but leaving in without a mark, before going to Loot Lake where it was activated.

This rune was seen hovering above Loot Lake, but there were three different lasers that were found on the Fortnite map. Players needed to deal damage to the lasers in order for them to line up with the rune and once this took place, the rune descended to its place in the structure where it was activated. You can see footage of the rune being activated here.

The rune is currently at the factories near Polar Peak!

We all need to Dance!

This rune was spotted at the factories near Polar Peak and in order to make this rune, players needed to dance in front of it. This rune was very quickly activated, approximately 3 hours after it had spawned.

This rune spawned with a 3×3 grid on a mountain west of Loot Lake. There were different lights showing on the grid and players realised that they needed to make all the colors the same in order to activate the rune. This rune was activated the quickest of the four and most players didn’t even get a chance to see it in-game. You can see footage of the rune being activated here.

The fifth and final rune will be seen on the map somewhere tomorrow, but what do you think players will need to do in order to activate it? Let us know your predictions in the comments below.