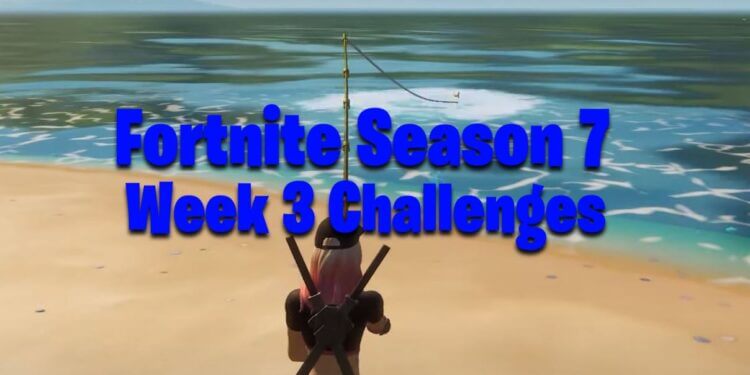 Here are all of the challenges that will be released for Season 7, Week 3 of Fortnite Battle Royale.

Here are the challenges that will be released on Thursday 24th June for Week 3 at 3pm BST:

All of the Epic Challenges appear to be self-explanatory and easy to complete and it looks like Epic are recycling challenges from the last season. Completing each of these challenges awards you with 30,000XP to help you to level up and earn more Battle Stars to unlock rewards from this Seasons Battle Pass. As previously mentioned, the Legendary Challenges are being released on Wednesday’s which means the Week 3 Legendary Challenge has already been released.

There are six stages to the Legendary Challenge, all of which can be seen below. Be sure to click on the bold and underlined challenges for a detailed guide on how to complete them quickly and easily.