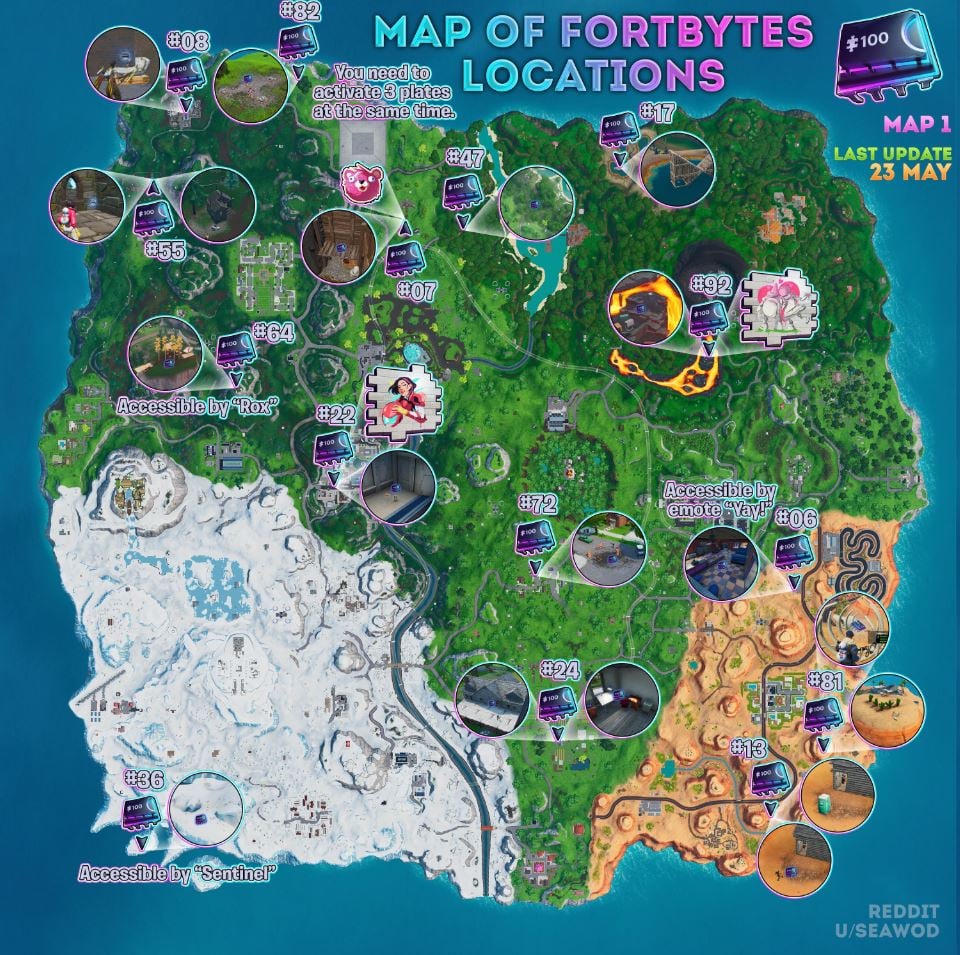 Fortbytes are an important part of Fortnite Season 9. Not only do players decrypt a section of the hidden Fortnite Season 9 image, but players can also unlock rewards for collecting a certain amount of Fortbytes.

You can click on any of the Fortbyte challenges below for a more detailed guide on how to complete them.